Not a series, not a trilogy but a cycle of books - Greenacre Guest Blog

When I started my first Young Adult novel, Hidden ( Albury Fiction) I had no idea that I would go on to write and publish three interlinking novels.

I was quite clear in my mind that I didn’t want to write a trilogy where the story starts in the first book, continues in the second and concludes in the third. This structure had never appealed to me as a writer.

I also didn’t want to write a series with the same main character getting up to different adventures in each book.

But I did love my setting – Hayling Island, off the south coast of England, opposite the Isle of Wight. My family lived there for 25 years and I’ve been visiting the Island for 40 years. I was  beginning to build a group of teenagers in the same school and I had another character, Lindy, who popped up in Hidden.

The concept of the Hayling Cycle was born. A minor character in the previous book becomes the major character in the next, with familiar characters having little walk-on parts through the three books. But each book is stand- alone with a brand new story. 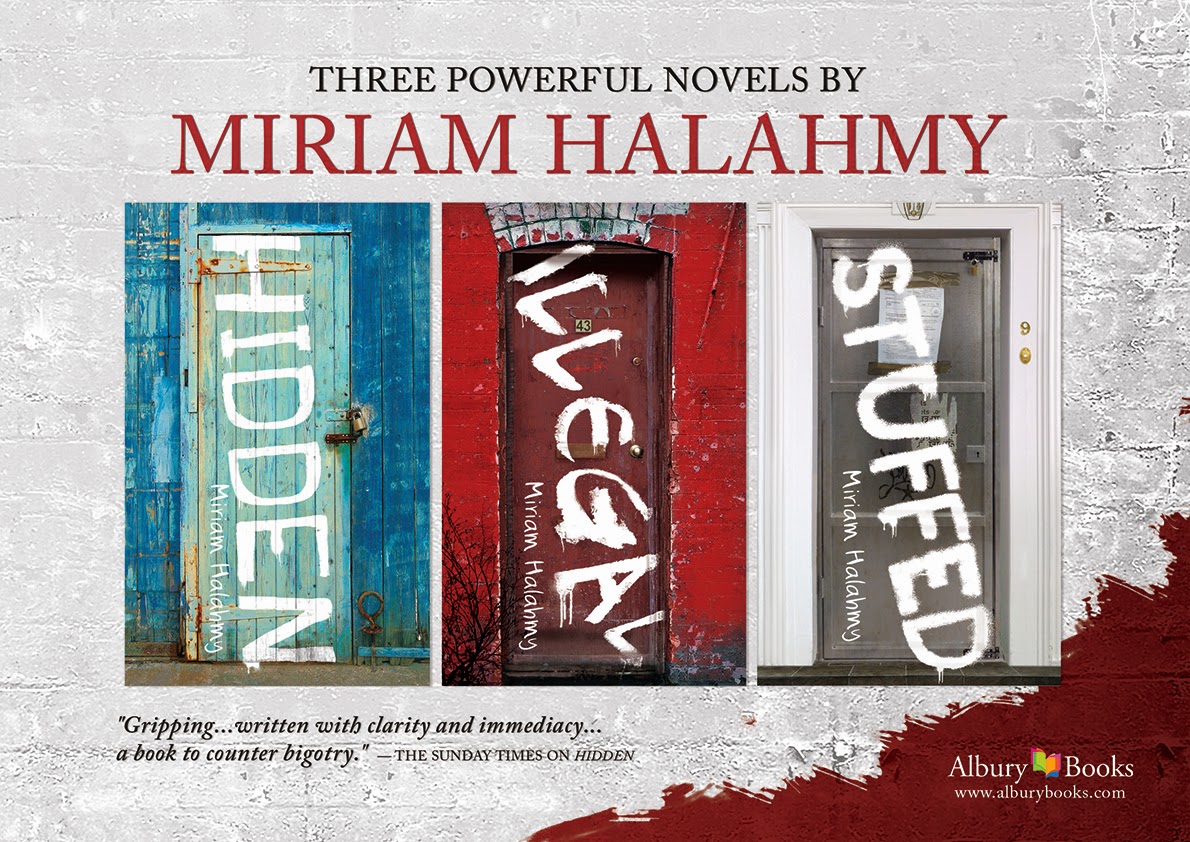 So here they are :-
Hidden : Alix and Samir pull an asylum seeker out of the water and hide him to save him from being deported.
Illegal: Lindy, a misfit in school, is being groomed by her older cousin to deal in drugs. Then Karl appears, another misfit and together they try to outwit the criminals.
Stuffed : Jess and Ryan are falling in love but each has a terrible secret from the other. Will their love survive or be crushed?
And yes – I do have an idea of 4th book, so watch this space!

You can meet Miriam at the Finchley Literary Festival on Tuesday 27th May from 2pm at Finchley Waterstone’s, along with fellow authors Gina Blaxill and Lil Chase. Miriam will also be taking part in the panel: Men writing as Women and Women Writing as Men - at the main event, Saturday 31st May at Stephens House & Gardens*

Posted by Greenacre Writers at 01:27