A Conversation with Maggie Wadey 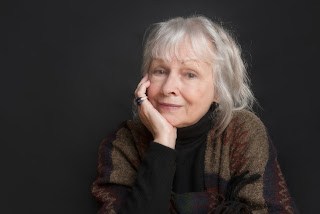 Maggie Wadey is a playwright, novelist and screenwriter. Her childhood was spent in England, Egypt, Cyprus and a Sussex boarding school. After a brief time as a model, she read Philosophy at University College London. Maggie is married to actor John Castle and has one daughter and two grandchildren. She divides her time between London and Devon.

As an established screenwriter, Maggie Wadey is known for bringing stories to life on screen – her credits include Northanger Abbey, Mansfield Park, The Yellow Wallpaper, and Stig of the Dump. But it was only later in life that she discovered an equally compelling story closer to home – that of her own mother.

‘Maggie Wadey has created a portrait that is both a rich and touching tribute to the heroism of daily survival, and a remarkable, nuanced and powerful work of social history about rural Ireland and wartime England, about precariousness and stability’. - Marina Warner 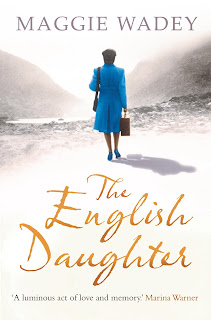 As a child, Maggie was aware that her mother, Agnes, was different from her father and his family, who were very English. But she knew little of her mother’s Irish background, her family’s experience of famine and civil war – nor the secrets her mother never told her. In The English Daughter, Maggie Wadey tells the enthralling story of her search to find the truth.

Maggie knew Agnes was from Ireland, but beyond that information was sketchy: ‘I know my mother had come from Ireland, alone, on a ferry boat with only a hat-box (though it contained no hats), having left home in a hurry after poisoning her mother’s geese.’

Then, before she died, her mother finally started talking about her past, and Maggie could begin to piece together details of her early life in Ireland. The first part of the book is based on these memories, of family gatherings, the family home and flower garden, and of growing up and playing in the fields.

Grieving after her mother’s death, with whom she had a close but sometimes difficult relationship, Maggie then travelled to Ireland to find out more. There she gradually began to uncover much more about the truth behind the stories, and discovered an explosive secret known only to the women of the family.

The English Daughter is a powerful family story told in an original way, through layers of discovery which invite discussion around the power of memory and the nature of truth. Lost worlds, events, and people, 'fallen women', adoption, all come to life through the extraordinary vividness of the writing, ultimately bringing a sense of closure that helps the author come to terms with her mother’s death - and with a troubling incident in her own youth.

Here is a 7-year detective story and an enthralling unput-downable saga of an ordinary family living through extraordinary and tumultuous times. We'd like to thank Maggie for taking part in A Conversation...

I began writing as a child, stories in which I tried to imitate my literary hero, Enid Blyton, and complicated ballet scenarios I fancied would fit the few pieces of classical music I knew. As a young adult living in a rented basement room in Earls Court I wrote many stories in imitation of Nathalie Sarraute and Doris Lessing. I collected enough rejection notes to paper the walls of my room. As a young mother I finally made time to concentrate on a novel and I was lucky enough to have it quickly accepted and published. But this wasn’t the way to make a living, let alone a fortune. My husband was an actor. Reading the TV scripts he was working on made me think: I could do that. After a few failed attempts I began to have my work accepted and, though no fortune came my way, I continued in television, writing original dramas and adaptations, for thirty years. In between times I wrote several novels, only to abandon them at first draft: laziness, lack of focus, the need to earn my living. But TV changed, and so did I.

I had work and life scores to settle with myself: I needed to get back to writing for the page. Which is how, after many years of research - and several drafts – I came to write ‘The English Daughter’, a memoir of my mother and Ireland.

Hunting something down – a mood, a landscape, a person – catching and arranging to make a shape, a story. What I like most about it is: freedom, solitude, words.

The closest I’ve come to disliking a character is creating a woman who kills her child - but she’s seen only through the eyes of her own mother, so fear, anger and guilt are mixed with pity.

Some of my adaptations involved characters living in earlier times and that offers its own challenges. In my own work, I’ve written about people of different sexuality and very different backgrounds. My memoir of Ireland starts in 1845, at the height of the potato famine, and follows a poor, rural Catholic family (my own) through poverty, the War with England, the Civil War, and emigration. Very different from my own experience.

That’s easy. I spent seven winters writing in a barn in Devon, at a big table in a bedroom overlooking the lovely gentle hillside that slopes down to a pond and then to the river estuary. Perfect mix of diversion without distraction.

Difficult, but I’ve settled on ‘The Beginning of Spring’ by Penelope Fitzgerald for its intensity, economy and strangeness, like a spontaneous leap of powerful, unmediated imagination.

Just keep doing it. Read lots, be alive to experience, keep a notebook. Write and re-write.

I’m working on a collection of connected short stories – they move in a roughly chronological order through the lives of two very different women and of those associated with them. They’re about sex, death and infanticide. And I’m not entirely joking.

Now we’re going back a bit. I was born in 1942 so my childhood was the forties and fifties. I adored Rupert Bear, for his familiarity and innocence, I suppose, but also for the wild imagination of those stories. But a good part of my childhood was spent in the Middle East. One of my favourite books was the ‘Tanglewood Tales’ versions of Greek myths, and it was Theseus on his search for the golden fleece that most fired up my sun-soaked imagination.

The English Daughter is published by Sandstone Press

Thank you to Sandstone for the review copy
Posted by Greenacre Writers at 14:26