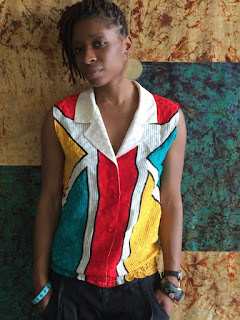 In this collection Okojie creates worlds where lovelorn aliens abduct innocent coffee shop waitresses, where the London Underground is inhabited by the ghosts of errant Londoners caught between here and the hereafter, where insensitive men cheat on their mistresses and where brave young women attempt to be erotically empowered at their own peril.

Sexy, serious and at times downright disturbing, this brilliant collection sizzles with originality.

"Okojie has a sharp eye for the twisting stories of the city, and a turn of phrase that switches from elegance to brutality in a single line. Lovely stuff."
Stella Duffy, author of Calendar Girl & The Room of Lost Things


"An original and highly unpredictable imagination...Prepare to be startled."
Rupert Thomson, author of The Insult

Irenosen Okojie is a Nigerian-British writer and Arts Project Manager. Her debut novel Butterfly Fish won a Betty Trask Award in 2016 and she was selected by Ben Okri as an emerging writer to watch during the London Short Story Festival 2015. Her writing has been featured in the Guardian and the Observer and her short stories have been published internationally, including Kwani 07 and Phatitude.

Irenosen has worked with the Royal Shakespeare Company, the Southbank Centre and the Caine Prize. She was a selected writer by Theatre Royal Stratford East and Writer in Residence for TEDx East End. She is the Prize Advocate for the SI Leeds Literary Prize and was a mentor for the Pen to Print project supported by publisher Constable & Robinson. She lives in east London.