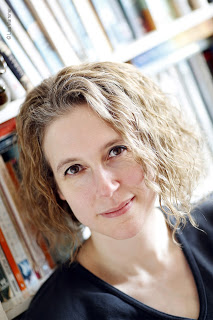 Her second novel, Song of the Sea Maid, is set in the 18th century. Dawnay Price is an anomaly. An educated foundling, a woman of science in a time when such things are unheard-of, she overcomes her origins to become a natural philosopher.

Rebecca lives by the sea in the east of England with her family and works in education. She is also a member of The Prime Writers, a support group for those writers who commercially/traditionally published their first novel aged 40+.  Her third novel for Hodder, set in the early twentieth century, is Wild Air and published today! 4th May 2017. 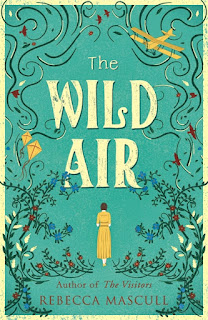 In Edwardian England, aeroplanes are a new, magical invention, while female pilots are rare indeed.

A window opened in Della's mind, dozen windows flung open. All this time, she'd crept through her life shamed by her uselessness. And now, to discover she had had a talent, born in her, handed down like a precious heirloom. She could be special. She could shine.

When shy Della Dobbs meets her mother's aunt, her life changes forever. Great Auntie Betty has come home from Kitty Hawk, North Carolina, across whose windswept dunes the Wright Brothers tested their historic flying machines. Della develops a burning ambition to fly and Betty is determined to help her.

'It's a mystery.' Auntie Betty's voice grew fainter, sliding into sleep. 'Something spoke to me, said Go Home. Maybe it was just to meet you, Della. Maybe that was it.'

But the Great War is coming and it threatens to destroy everything - and everyone - Della loves.

Uplifting and page-turning, THE WILD AIR is a story about love, loss and following your dreams against all odds.
What a stunning book . . . beautifully written, impeccably researched, and utterly addictive. — Louise Beech, author of How to Be Brave

Della Dobbs is a wonderfully feisty and ambitious heroine and I cheered her all the way. Although the novel is packed with adventure and peril, at its heart there is a quiet tenderness which I found very poignant. — Juliet West, author of Before The Fall

The writing flies off the page and into the heart. — Louise Walters, author of Mrs Sinclair's Suitcase

Congratulations Rebecca on the publication of your third novel Wild Air.

Posted by Rosie Longstocking at 00:47