A Conversation with Emily Benet 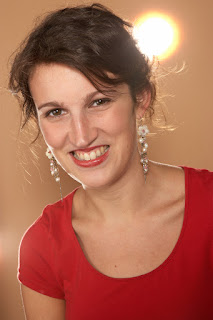 Emily Benet was born in London. With a Welsh mother and a Spanish father Emily spent her childhood in both London and Barcelona. Like many novelists, her passion for writing started at an early age and she drew on her observations of everyday life for inspiration.

During her teenage years Emily worked in her parents’ chandelier shop and her dealings with the public provided a wealth of entertaining material. Emily began to blog about these amusing encounters which eventually went on to create her first novel Shop Girl Diaries commissioned by Salt Publishing.

Shop Girl Diaries was subsequently made into a short film which was selected for The London Short Film Festival in January 2014. The success of Emily’s debut novel resulted in a book deal with HarperImpulse, an imprint of Harper Collins, for The Temp (2014) and #PleaseRetweet# (2015).

Emily holds workshops on blogging and has written the guide, Blogging for Beginners. She has also written many articles on blogging and social media for magazines, including Myslexia, Publishing Talk and The New Writer.

Emily now lives in Mallorca, which is the setting for her new novel The Hen Party. 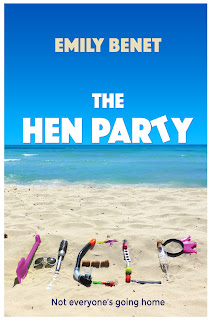 Film Director, Kate Miller, is in serious trouble.  The entire cast and crew of the reality TV show The Hen Party has gone missing while filming in Mallorca.To make matters worse, the network boss has just flown in and will be arriving any minute to check up on her production.

Kate thinks it's all her fault. She hasn't exactly been following the guidelines.

But if she is to blame, why were the hens arguing between themselves? And why is the groom-to-be calling her up in tears? Kate doesn't know the half of it. The hens have their own secrets and it's only matter of time before they all come tumbling out.

A party of eight arrive on the island, but not everyone's going home.

Thank you Emily for taking part in our conversation and we wish you lots of success with your new novel.

Like many authors I began writing when I was very little. At 11, I won a school essay competition, which seemed amazing to me at the time. From that moment on, I decided writing was my thing - something I could be good at. From the age of 17, I began submitting short stories to competitions and working on novels with terrible plots. I acquired dozens of rejection letters, but whenever I was beginning to run out of steam, the universe would deliver a boost of energy in the form of one of my
stories getting placed in a contest.
Everything changed with my blog, Shop Girl Diaries, which I began in 2008. The blog, which was about the ins and outs of working in my parents' eccentric chandelier shop, was spotted by Salt Publishing thanks to the wonders of social media, and they commissioned it as a book. I also wrote a short film based on it, which was shown at the London Short Film Festival. The blog won the Completely Novel Blog Awards at the London Book Fair in 2010. An agent contact me after all that- which made a nice change!
The agent wasn't keen on my next book idea though, so life went on, very much unchanged. It took another two years before, frustrated and impatient, I embarked on a new adventure online.
My next book was a romantic comedy called Spray Painted Bananas and I wrote it chapter by chapter on the hugely popular online platform: Wattpad. It racked up over a million hits and I was inundated with lovely comments and people asking me: What happens next?!  To be honest, I didn't always know!
Thanks to its success, I finally signed with an agent and got a book deal with Harper Collins' imprint Harper Impulse. They published Spray Painted Bananas under the new title The Temp. Although I regret the change, the experience has taught me so much. After so many years immersed in the world of social media, it felt only fitting to write a comedy on social media addiction, which is how I came up with my third book: #PleaseRetweet.
Despite fulfilling my dream of getting an agent and traditional publisher, I've chosen to release my next book The Hen Party independently. Being the creative director of my new project has been really exciting and empowering. When you are in control you can work much faster and get exactly what you want. Now I've just got to hope it's what my lovely readers want!

Entertainer? Interpreter of the human experience? God, I don't really think about it. All I know is that I feel compelled to do it. If I haven't written in two days I start to feel agitated. Of course I love it when people relate to what I write. As a freelance writer, I also love the diversity of what I have to write about and the fact it brings me into contact with people and places I might not otherwise.

I have collection of short stories called Short Stories for Busy Adults, where I play with diverse characters and topics that I might not have been able to sustain in a full-length novel. In The Hen Party, the story unfolds through the perspectives of five different characters who are all hiding things from each other. In my next novel I'll be mixing it up even more...

I didn't have a favourite literary character but I read a lot. My biggest influencers were Enid Blyton, Judy Blume and Brian Jaques (Redwall Series).

You know, I'm really happy where I am, which is on a sunny terrace in Mallorca. If I'm going to travel, I don't want to write while I'm doing it, I just want to be fully present. I'd love to see Iceland and Norway, but I'm not writing there if I need fingerless gloves to do it!

Big Little Lies by Liane Moriarty. It's clever, witty, fast-paced and intense. I've read it three times with a pen in my hand.

For starters, finish that book you're writing. Everyone starts but not everyone finishes. Next, you need to make your own luck. Put your work out there and find your readership. My experience has been of publishers showing interest once I've proved I've got some readers!

I'm still bashing out a first draft of my next book. It involves all sorts of characters, who are also neighbours, facing their own personal dramas in one big apartment... For now, though, it's all about The Hen Party which is out now! It's a fun, fast-paced novel with lots of twists and turns. It's set in Mallorca and it should come with a stretch of beach and a mojito!