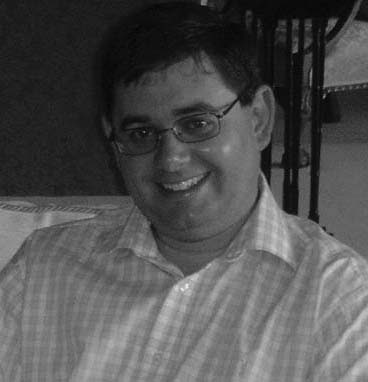 I dreamt of love.

I dream of being decent, practise smiling at a wife. I make a village from the lumps and scars across my wall. I take walks there in my mind. I notice – no one rings the cops. Later I meet with some friends. We drink but not too much.
While all the time I know I am a tomb, my headstone carved. He was in prison from birth, is what it says. So I go through whole months lost in unlived lives. Sometimes a week can pass without my meeting me at all.
But there was one day when I dreamt of love.

I had the psych on Wednesday. Real came as well. ‘This is my rabbit,’ I told her. She did not ask how I had found him. ‘He is called Real. Do you know why?’
‘I think I do.’
‘Go on then.’
She paused. Speaking outside the covers of her manual was not natural for her. ‘I think Real’s called Real,’ she said slowly, ‘because he’s real, the only thing you’ve got that isn’t poisoned by prison. Also, Real needs you to stay alive for him. He shows you’re real.’
I went mental at that. There’s decent violence on my form. Except I didn’t fight. I cried. ‘Bog off.’ I spoke through tears. ‘I don’t know why I come to see you. People like you, trying to give me stuff to live for, you’ve wrecked my life.’
That is the truth. I would have had less pain if I’d not known brief kindnesses.
But the psych had not finished. ‘I think you should keep Real, Paul,’ she said. ‘Keep him alive. Find life yourself. This could save you.’ She added this last bit as if it was something worth doing.
I had been serving prison time since I was sixteen. But that day I believed her. I forgot the rule that binds us – never love.
Actually, that isn’t right. It is okay to love but prison loves must always be dead first: girls out of my past who don’t remember me, dreams of big-breasted future conquests I will never have. It is the same with drug lads selling themselves in the showers. All we have in here is necrophilia.
But I grew to love Real Rabbit. Love – I was not complete without him. Love – he made sense of my day. Love – that Rabbit stayed awake with me through many empty nights.
Real lived in my world. He got used to my pad. I’d pick him up last thing at night and that was deep magic, Real was alive because I made him so.
There was a guy called Ashley. I started to get on with him. It was as if I’d learnt from Real how to make a friend. Ashley was ok, pretty much the same as me.
Then word came of a release scheme, Ashley a possible because he wasn’t down for violence. He only hurt himself. So now he hoped, and so did I, that he was going to walk. Then we got caught inside the story, talked of nothing else.
Then someone changed the rules. There’s been a campaign in the press. Ashley and a bunch of guys became dangerous again. New words were spoken, Indeterminate Protection of the Public. No one knew what they meant. Ashley went for himself that night, as I knew he would.
I heard the night patrol. Then came the shouts and then the bells and then the pounding feet. I’ve got to give it to those guys, they try to keep us breathing.
Real was scared. He set to shaking. I tried to help him understand. ‘These walls drip sickness into us,’ I said. ‘But you and me, we’ve got each other. We will be alright.’ Real’s eyes had a black sparkle. I thought that he might talk.
Ashley survived. He’d only slashed himself. The POs patched him up. One of them came to my cell the next morning, said I could help.
‘What with?’ I asked.
‘With Ashley. He’s your mate.’
I was proud. I remembered what that psych had said. Real needs you to stay alive for him. Now Ashley too.
That morning I lent Real to Ashley. He held the rabbit in his arms. ‘You care, don't you,’ he said.
‘I really do.’
A screw gave Ash a bar of chocolate from the out. That was good of him.
Two doses of goodness at once? It would kill any one of us.
Ashley fed Real the chocolate. It messed up his insides. I watched Real puke up brown stuff as the life jerked out of him.
I stood there, nothing I could do. By lunchtime Real was meat. I walked the yard that afternoon during general rec., wondering if Real might come back to me. I passed a crowd and I heard Ashley. He was talking up my story. ‘Crazy Lomax, guess what? He’s been talking to a rabbit.’ The guys laughed.
If I’d had any guts, I would have topped myself that day. You love in here and you are finished, finished – I should have known. But I did not have the guts. I live. I live. Don’t read this any more. Leave me alone.

Michael Marett-Crosby worked in the UK prison system and based this story on someone he knew well during this time. "When the events of this story had worked their course, much as they do in the story," says Michael, "I promised him I would one day tell it to other people. 'Why?' he wanted to know. 'Who would be interested?' I don't know where he is now. Prison life is like that. People move and they do not hang on to yesterdays, there being too many tomorrows."
Since leaving the prison service, Michael has been working full time as a writer, mostly on a novel set in a British prison, Two Thirds Man. He has also won other competetions and has published three works of non-fiction. http://michaelmc.typepad.com/