A Conversation with Charles Lambert 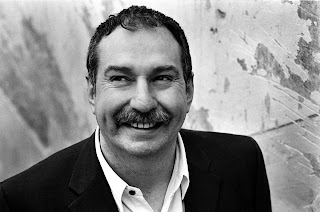 Charles Lambert was born in 1953 in Lichfield, England. In 1976 he moved to Milan and, apart from brief spells in Ireland, Portugal and London, has lived and worked in Italy since then. He now lives in Fondi, exactly halfway between Rome and Naples.

In 2007, he won an O. Henry Award for his short story, “The Scent of Cinnamon.” His first novel, Little Monsters, a Good Housekeeping selection and described by John Harding (Daily Mail) as 'beautifully written and crafted, and more compelling than many thrillers', was published in 2008, the same year as his collection of prize-winning stories, The Scent of Cinnamon and Other Stories; the title story won an O. Henry Prize. His memoir, With a Zero at its Heart, was named one of The Guardian’s Ten Best Books of the Year in 2014. He has been shortlisted for the International IMPAC Dublin Literary Award, the Lichfield Prize, and the Willesden Short Story Prize.

The Children’s Home, is a novel about a mysterious group of children who appear to a disfigured recluse and his country doctor.


Morgan Fletcher, the disfigured heir to a fortune of mysterious origins, lives on a sprawling estate, cut off from a threatening world. One day, his housekeeper, Engel, discovers a baby left on the doorstep. Soon more children arrive, among them stern, watchful David. With the help of Engel and town physician Doctor Crane, Morgan takes the children in, allowing them to explore the mansion … and to begin to uncover the strange and disturbing secrets it holds.

Cloaked in eerie atmosphere, this distorted fairy tale and the unsettling questions it raises will stay with the reader long after the final page.

"The Children’s Home is a masterpiece – disturbing and beautiful in equal measure – and I cannot wait to share it with the reading public." Scott Pack - Aardvark Bureau

We wish Charles well on his literary journey and look forward to reading more of his work in the future. 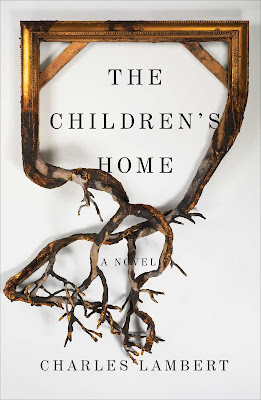 I started my writing life as a poet when I was in my early teens, but I was, I think, fairly atypical because I didn’t see it as a vehicle for adolescent angst (which I had in abundance) so much as a technical challenge. I wrote sonnets based on historical figures, I experimented with sestinas, villanelles. I had a platonic crush on the poems of William Empson. I was a writing nerd, essentially. I turned to fiction full-time in my late twenties and wrote three or four novels before finally publishing Little Monsters in 2008. There are two sides to the journey, of course. One is the writing, which goes where it will and is a pretty solitary business and, rather than a journey, would be better described as blindly advancing into the dark, and the other is the publishing of the writing, which requires other people, and energy, and luck, and might more reasonably be seen in terms of a journey. I had two agents before my current agent, friend and poet Isobel Dixon, neither of whom managed to sell a manuscript. Isobel’s dedication to my work, and her professional skills, finally made things happen.

2. How do you see your role as a writer and what do you like most about it?
I don’t really see myself as having a role in the sense I understand it, as something socially necessary – I know people who live happily, and well, without reading a novel from one year to the next. I know that some writers do envisage the writer as having a social role beyond the actual business of making stuff up and making it work – Martin Amis springs to mind. But I’m a little bit unhappy about writers – or singers or actors, for that matter - using whatever visibility they may have acquired to pronounce on issues that go beyond the work they do. What interests me as a fiction writer is the exact opposite of what might interest someone whose job is to generalise about the world around them. Some writers are good at both, but what I most like about being a writer is that you can do what the hell you like and you’re responsible to no one. Until your editor gets hold of the work, anyway.

It’s hard (although not impossible) to empathise with someone and genuinely dislike them. A lot of my characters are appalling, despicable people, but if I didn’t find something in them worth empathising with I wouldn’t write about them. Mind you, I’ve been told (by a friend!) that I have an imagination other (read ‘normal’) people would find intolerably hard to live with, so maybe I’m secretly drawn to the dark side…

4. Last year, GW organised #diverseauthorday. What has been your experience of writing about characters of colour?

I’ve only written one story, so far unpublished, involving a person with colour, based on a relationship I had with a mixed race teenager in the late 1970s. He’s a source of wonder in the story, but that has as much to do with his age (18), sexuality and physical beauty as it does with his colour. A lot of my work is about what it means to be different, but apart from that story, I’ve never seen that difference in terms of colour, and I’m not sure I’d feel qualified to do so. As a gay economic migrant (I came to Italy originally because I found a job here), I’m more likely to see myself – or someone who shares some of my characteristics - as the other, and to see otherness as cultural and sexual, rather than having to do with race.

Anywhere I didn’t have to work for a living as well! Realistically, after fifteen years in a small town in provincial Italy, a proper city would be my first choice and, of all the proper cities in the world, I’d choose Paris. And if I’m going to be really specific, I’d opt for Batignolles in the 17th arrondissement. A third floor window overlooking the square would do me nicely.

The Beginning of Spring by Penelope Fitzgerald. It’s perfect.

Just keep writing, read other people whose work inspires you and work through the invariably deleterious effects this has on your own work, don’t get bogged down in notions of genre as something to avoid or as something to adhere to slavishly, keep writing, don’t be discouraged when people turn the writing down but don’t think every word you’ve written should be carved in stone, listen to criticism but don’t necessarily take other people’s views on trust, keep writing… hang on, I’ve already said that.

I’m working on the final draft of a novel about a midget taxidermist and his young apprentice. Intrigued? You should be!

The Children's Home is published by Aardvark Bureau.

Posted by Greenacre Writers at 09:55