The Mother by Yvvette Edwards 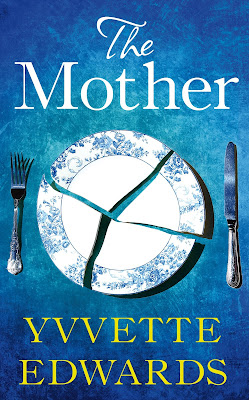 Ryan Williams is sixteen year old and he’s been stabbed to death by a boy one year senior. The following day police arrest Tyson Manley based on two witness accounts. Nonetheless, another witness provides an alibi for Manley.

This isn’t about a story of victim and perpetrator, neither is the focus on the crime itself nor the aftermath. It opens with Ryan’s mother, Marcia, getting ready for the first day of the trial. Through her thoughts she takes readers to the world of what it means to survive horrific crime and how she manages a semblance of normal life in the aftermath following the heartbreaking death of her only son.

Crime, court and bereaved families; the fragility of the individuals involved is contrasted with the rigidity of the proceedings. It is impossible not to sympathise with the protagonist; her dealing with her husband Lloyd who refuses to go to the court and the way she sits away from the suspect’s mother. This isn't an easy read. The narrative deals with one of the worst possible nightmares of any parent, each tragic detail, facing the reader.

Marcia might be fragile but she is reliable. Her observation on the progress of the court is impressive while recalling a few days prior to Ryan’s death.

It is little surprise that the denouement is as reliable as Marcia. Nevertheless, I realise I have more questions about her as I turn the last page: what was she like before she was married? Which school did she go? What did she do? Her hobbies? What we do learn is that Marcia isn’t always nice, she has issues, prejudice, and isn’t always reasonable. She is a fully formed character who will make the reader feel a range of emotions.

In the end, the message is clear: expect love, not revenge; responses not reactions. Yvette Edwards does an excellent job of exposing the impact of a murder beyond the families. Not only does this heartbreaking crime alter their life, but also the witnesses, friends and relatives.

The Mother will attract readers who, at some point in their life, have been affected by knife crime. But it also illustrates how the invisible scars of crime affects a community. A roller-coaster narrative, fasten your seat beats before reading the first page.

The Mother - Published by Mantle, Pan Macmillan on 7th Apr 2016 - thank you for the review copy