A Conversation with Hayley Webster 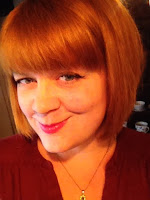 Hayley Webster was born in 1977 and lived for most of her childhood in Thatcham, Berkshire. After achieving a first class BA in Literature from Essex University, Hayley trained as a teacher and taught for a while before working as a journalist for a magazine.

A passionate reader and enthusiastic writer Hayley studied for an MA in Creative Writing at the University of East Anglia where she received a distinction. Shortly after she won the Escalator Award for Literature which gave her the opportunity to develop her first novel, Jar Baby, published in 2012.

Jar Baby: Diana Rickwood’s formative years, living with her famous fashion designer Uncle Rohan, were far from glamourous. Banished into the background, forbidden to interact with the models, Diana lives a lonely life. When at 19, her uncle is engaged to Stella Avery, Diana goes to London to escape the memories of abuse perpetrated by Stella’s chauffeur. For the next ten years she breaks all contact to forget her past. The darker side of fairy tales where abuse, violence and fear are common themes, are used effectively to convey Diana’s lonely and troubled existence.

However upon Uncle Rohan’s death Diana is forced to revisit the past and, as supressed memories surface, she uncovers secrets and lies which mask a shameful family past. Through the characters of Jar Baby, Hayley captures, in her unique style, the darker side of human nature. She also injects humour and a lighter tone which contrasts well with the more disturbing aspects of the novel. 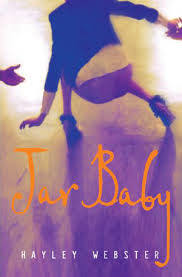 Thank you Hayley for the following wonderful answers and good luck with your future writing.

I like that question because I find it interesting looking back to the start, to work out how and why it began, to find the threads of all the stories and the words.

The bare facts of the journey are that I did a degree in Literature, I did an MA in Creative writing, and Jar Baby, my first book was published in 2012. But they feel like drawing pins in a much more detailed map of somewhere I’m still discovering all the time.

My mum started teaching me to read when I was two and half and so stories were always there. I was so lucky when I started school as they let me read books from the library when the others were learning to read. I can’t separate my journey as a writer from my journey as a reader, they are definitely plaited together. I read most of the classics between the age of around 8 – 13, I just worked my way through these ones my parents had, they were faux green leather with ‘gold’ trim. They were for display but I decided to read them. I thought them magical, like something from The Magician’s Nephew. I told myself they gave me magic powers but what they really did was give me the urge to create a narrative. But also the urge to smash a traditional narrative into pieces and make something new.

I first wrote something independent from adult supervision when I was about 8. It was a story I made into a book with pages and illustrations called The Girl with the Golden Hair, about a girl who’s reflection was far more beautiful than her and it would climb out at night and get up to things she’d get blamed for in the morning.

I wrote a lot of my own versions of Alan Bennett’s monologues during my GCSEs, one for coursework, but I kept writing them. I couldn’t leave the form alone.

I got 100% for a story I wrote at ‘A’ Level called The Bride, a sort of gothic horror story with a lot of quiet menace, a man being lured from his wife by dark music and odd happenings, and things moving in paintings. My teacher said it was a feminist treatise in story form. I was pretty pleased with that.

I guess the journey has been finding ways to write voices that I feel nobody’s heard. And my ultimate aim is to write something original with a page-turning feel because of plot, but with the language and beauty of poetry. That’s always what I’m striving for, whether I’ll ever get there or not is a different matter.

To entertain too. You have to be lost in a book. I don’t think I’ll ever write a comforting book, although I have books I read for comfort in my reading life (Charlotte’s Web being the main one).

What I like the most about being a writer is that I’m doing the thing I’ve always wanted to do, that I’ve always had a compulsion to do, and that there are people reading what I write and making new links in their heads between my words and their own experiences. It’s like being a magician.

I think I’ve always done a lot of that. I believe strongly in the idea of everyone seeing him or herself as the hero of their own story, even the ‘villains’. In what I’m writing at the moment there is a female character who’s very judgemental towards other women, quite cold and takes pleasure in seeing others fail, but during the book you understand why, and hopefully grow to care for her and want her life to change.

I keep being drawn to the idea of whether there is anybody who doesn’t deserve empathy, and who gets to decide who is and isn’t. Where does the morality come from? How do we decide who is a hero and who is a villain? I’m certainly interested in those heroes who turn out to be villains and vice versa.

I wrote a character in Jar Baby, Trudy, who I really liked. I set her up as a kind of perfect mother figure, the sort I’d like, and then I played about with how that ideal might make us not notice when someone like that hasn’t got our best intentions at heart.

Trusting the wrong people is a recurrent theme in my writing.

In the past I would have answered this question with something like Iceland, or somewhere where there are lakes, and lots of sky. A log cabin. A cottage in the woods… but recently I’ve realised that the best place to write is where I am, wherever that is. There is never the perfect time or place to write. The main thing I need in order to write is to have a computer and some paper.

I need internet connection to look things up quickly. Or a reference library.

I need tea. Or coffee. And toast. And that’s about it.

I am happy to write wherever I find myself. I have recently realised I don’t like writing in silence or at a desk, or by a window. I’m a sitting-on-my-bed-with-notes-spread-about-me-like-wrapping-paper-at-Christmas kind of writer, I think.

That said, if someone wants to lend me a flat in the centre of Paris, my answer is an immediate, ‘YES’.

This is such a hard question. Oh. Oh. I wish I’d written Possession by A.S. Byatt because really there is no other book like it and it is a masterpiece, bristling with knowledge and ideas and beauty and made up poetry and some bits of story that slice you in the guts. It’s not just an intellectual novel – although I love it for that – it’s brilliant on how history is written, whose stories we listen to, and how if something is not written down by an official source who’s to know it happened. I cried at the end. Proper sobbed.

If not that then Until I Find You by John Irving. Because I read that book and it was like having your body turned inside out. All the detail. And all the pain at trying to find the truth about yourself. And all the characters so detailed and real, and yet those dual seams of humour and utter despair. They are the two writers I read and think I shouldn’t bother anymore. They make me want to be better.

I’m not sure how anyone writes without reading. I’d say read twice as much as you write but that’s just a personal thing.

So. Write. That's it. There's never a perfect time. 85,000 awful words are better than 10 wonderful ones. I wrote a few novels that I never sent to anyone or even considered publishing. Just write. And find readers you can trust to be honest with you and a community of writers if that helps. I used to go a lot onto www.abctales.com ten years ago and I found it invaluable and have kept many of the friendships I made there, including having a few as first readers of my work.

Oh, and ignore the goal of publication being the be all and end all. You want what you publish to be good. Just write. And celebrate redrafting. It’s so important. There is no rush. It’s a cliché but it’s the truth. If you’re waiting for the perfect time or a good idea for a story it will never happen.

I’m working on a book narrated by three (or more actually) women. The starting point was why are we so interested in stories of bad men’s redemption when each bad man leaves a list of invisible women in his wake? Mostly, though, it’s a mystery and about the redemptive powers of women’s friendship. And shows how easy it is to be manipulated when you have no power of your own, and asks if it’s ever possible to get that power back?

There’s a lot of dark in it, but there’s humour too. One of the narrators is a 40 year old woman who grew up in care, another is an 80 year old Doctor’s wife who’s spent her life being defined by her marriage, and the other is a fifteen year old girl during the days of the Baedker Raids in Norwich in 1942. Most of the novel is set on one street. I’ve always wanted to write a book set on one of those Norwich streets packed tight with terraced houses and hidden history, where everybody breathes each other’s memories.

You can follow Hayley on Twitter: @HayleyBooks
Jar Baby is published by: Dexter Haven Publishing
Posted by Greenacre Writers at 18:00

Many thanks to Greenacre Writers and Hayley for a brilliant, absorbing and inspiring interview. I agree that redrafting should be celebrated and also that it is so important not to see publication as the goal. Beautiful words in perfect rhythm is the most satisfying way to write and produces the best results.