A Conversation with Simon Mawer 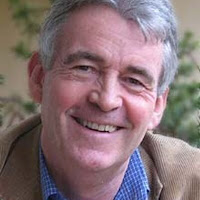 Simon Mawer was born in 1948 in England. Like many children whose fathers were in the RAF, he spent a nomadic childhood in England, Cyprus and Malta. Educated first at Millfield boarding school in Somerset, it was here that he learnt the importance of being able ‘…to preserve a secret, interior world.’ All good qualities for a potential writer. When people ask him where he comes from, he says he is still ‘…unable to reply. I have lived in Italy for more than three decades, but Italy is not home. Home is where the mind is, perhaps.’ He went on to study zoology at Oxford University, Brasenose College, before becoming a teacher of biology. 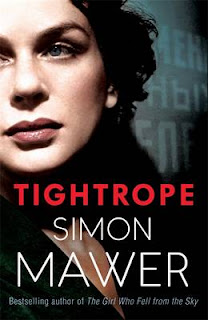 Mawer is the prolific author of ten novels and two non fiction books, his bibliography is still growing. The Glass Room, published by Little, Brown in January 2009, was on the Man Booker shortlist. His current novel is entitled Tightrope which won the 2016 WALTER SCOTT PRIZE for historical fiction. Tightrope is the postwar story of Marian Sutro, protagonist of The Girl Who Fell From The Sky. You can read the first chapter of Tightrope here.

Mawer published his first novel, Chimera, (Hamish Hamilton, 1989) at the comparatively late age of thirty-nine. It won the McKitterick Prize for first novels. He has lived in Italy since 1977, where he taught Biology at a British International School before becoming a full time writer in 2010.

We were very pleased and honoured when Simon agreed to be interrogated by us. Here’s what he said:

Tell us of your journey as a writer
Journey? Or aimless rambling? I guess it began when I started telling stories – usually of dubious taste – to my fellow inmates in prep school. This was in the late 1950s. Later, when I made my ambitions public, my parents pointed out that you need a day job if you want to write. Pretty good advice really. So I drifted towards university with vague ideas of becoming a doctor (Chekhov? Somerset Maugham?), but afterwards drifted into biology teaching to give me nice long holidays for writing. Marriage and family slowed things up a bit and it wasn’t until I was in my late 30s that I was brave enough to subject a completed novel to the baleful gaze of agents. Rather to my surprise the book (Chimera) was taken on and sold on first submission (to Hamish Hamilton). Despite that book disappearing without trace, the aimless rambling had taken on some kind of direction. One or two books later my biology (I love biology) came into the mix with Mendel’s Dwarf and my first US publication. That was when people began, just began, to take a bit of notice.

How do you see your role as a writer and what do you like most about it?
I don’t see myself as having a role as a writer – it’s just something I do. And I often wonder what I enjoy about it – it’s not easy and it does take inordinate amounts of time. But I do get immense pleasure from hearing from people who have themselves enjoyed my writing. The money comes in useful too.

Have you ever created a character who you dislike but find yourself empathising with?
I empathise with all major characters – you can’t write convincingly if you don’t – and I’ve fallen in love with more than one. Marian Sutro in particular. But who’s fooling whom? Characters are creations in words and the only real test is whether the reader can picture them – whether, for a few minutes, the writer can suspend the reader’s disbelief. And if one or two characters come across as a bit dodgy, even despicable – perhaps Lanik in The Glass Room – well, you love your children, warts and all.

If you could be transported instantly, anywhere in the world, where would you most like to spend your time writing? And why?
I’ve never thought of writing anywhere other than home. That happens to have been Italy for the last 38 years, more by accident than planning. I don’t look out on a Tuscan olive grove with the sea in the distance and cicadas buzzing in the pine trees; I look out on other houses and the window is closed and the air conditioning is on because it is unbearably hot in summer. It could be anywhere else. As long as it’s home.

What is the one book you wish you had written?
Lolita.

What advice do you have for would be novelists?
Don’t. Become a dentist or an accountant. They’re always in work.

But if you must attempt a novel, then understand that the answer does not lie in creative writing courses, it lies in imagination and a way with words and a rigorous ability to criticise your own work. The business of a novelist is sculpting with words. Words are fickle, evanescent things and it is never easy to organise them properly. You must work away at them over and over again. Write and rewrite. Read them out loud and listen to them. You’ve got to develop an ear for words. That’s the key to writing –  it’s not what you meant, it’s what you have actually written. All that exists are the words on the page.

What are you currently working on? What can we look forward to reading?
Insecurity seems to be the abiding characteristic of most novelists. Yes, I’m writing something at the moment, but will it be my next novel? I’ve no idea. With experience one gains the ability to write convincing passages but a novel is more than a collection of such passages strung together. It needs shape and structure. Has it got that? Not yet. Will it ever have? I don’t know.

Posted by Greenacre Writers at 21:09