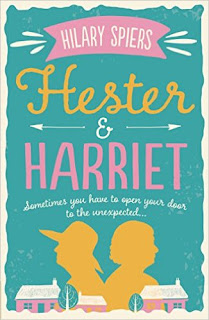 Hester and Harriet, two widowed sisters in their 60’s, will do anything to get out of spending Christmas dinner with their well-meaning cousin George and his wife Isabelle. Their attempts in the past to extricate themselves from Isabelle’s cooking and her penchant for ‘nasties and gluhwein’ have proved unsuccessful due to George’s desire to ensure his cousins do not spend Christmas alone.

When they discover a young girl, Daria, and baby Milo, huddled in a nearby bus shelter, it doesn’t take the sisters long to realise that Daria is not waiting for a bus. Not wishing to leave a young girl and baby, with only a bus shelter for sanctuary, they decide take them home.  As well as performing a social duty it gives them the perfect excuse to remain in the comfort of their own home on Christmas day.

The following day their truculent fifteen-year-old nephew, the son of George and Isabelle, arrives asking for somewhere to stay for a few days to escape his nagging parents. Very soon, Hester and Harriet’s quiet, ordered life, is under threat from their newly acquired lodgers.

As the mystery of Daria’s past emerges and strangers scour the village in search of the young girl, Hester and Harriet protect Daria while trying to establish the truth surrounding her circumstances. Meanwhile Ben improves his speech and diction and discovers a flair for cookery - surprising both Hester and Harriet with skills they feared were absent in the teenager.

Then there is the local village vagrant, Finbar. An ex-classics master, he has opted for a life of no responsibilities and lives in the bus shelter where Daria and Milo were discovered. His flamboyant nature and his love of Hester’s cooking adds colour to the story.

No-nonsense, and sometimes crabby, Hester is a contrast to her more compassionate and diplomatic sister Harriet and Hilary Spiers has done a marvellous job at characterisation to enable the reader to tell them apart: Harriet is a passionate feminist and Hester an ardent cook. One an erratic driver; the other a diligent passenger. The two work well together.

Hester & Harriet is a hugely entertaining novel with wonderful use of language.  Hilary’s aim, as well as producing an entertaining read is to ‘give ordinary women, particularly older women, their moment in the sun’ and this has certainly been achieved with Hester & Harriet. The two retired sisters are depicted with energy and spirit, plus an abundance of personality, in a humorous and witty way. Their idiosyncratic and slightly eccentric personalities engage the reader in a way that gives the characters strength and credibility.

The plot raises the topical issue of immigration as well as teenage mental health, and that of ageing, through interesting and well-rounded characters. The pages almost turn by themselves as the reader is unaware of each passing page through absorption in the story. Hester and Harriet are characters that would translate very well to television so it would be no surprise to see them on our screens in the future. 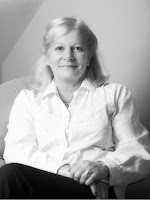 
We would like to thank Diana Morgan at Ruth KillickPublicity for the review copy.

Posted by Greenacre Writers at 08:45