The Value of the Literary Festival

I’m going to come out with my main point straightaway; I think literary festivals are fantastic. Well, obviously - I’m a writer, and an avid reader, too. Anything booky that celebrates the written word is right up my street. On a more serious note, though, there are a lot of things competing for our attention – things that are easier and might seen as more accessible than books. More often than not these are connected with technology, which is constantly changing and evolving, something books do too, but less obviously.

I should point out that I’m not anti-technology at all (my first book is about teenagers meeting on the Internet and yes, I have a Kindle). However I do think it’s a bit of a triumph when you see people coming to enjoy a literary festival rather than spend their time elsewhere. Books and writing have been around for so many years, and it’s good to see them, and more broadly imagination, being celebrated. I think we often take for granted what amazing things they are. This is especially true when it comes to children and young people, something which as a writer for young adults I feel keenly. Books aren’t always perceived as the coolest thing for a teenager to be into so it takes courage to go to a book event, which is pretty much putting up your hand and saying “I’m into this”.

Going back to taking books for granted, this is something that was emphasised to me when I came along to speak in the Greenacre Literary Festival last year. The theme I’d been asked to speak on was truth and fiction which when I really came to think about it was quite a deep topic. I came to the conclusion that truth could be particularly striking and insightful when told via the mode of fiction, which can be used to really connect a reader and draw them in. For years books have been making profound and pertinent points about the world in the vehicle of fiction. Sometimes that was the safest way to do it, sometimes it was the way that would reach the most people, and sometimes it was the only voice someone had. When you start to think about the power a book can have to observe the truth, it’s pretty amazing, and that was one thing I definitely took away from the event last year.

The thing I like best about literary festivals, though, is not just meeting the people and the fact that despite everything they still remain popular – it’s that they’re a celebration of reading and all it stands for. As someone who owes so much to books, that’s fantastic. I meet people who also enjoy escaping from the world between the pages, people who love to learn about new things, people who are open-minded and perceptive and articulate, three things reading gives us. People who feel a connection to characters and writers they’ll never meet, who connect emotionally to words on a page, who like seeing the world from different angles. There are lots of different reasons people read, and why it matters, and whatever the reason, it’s brilliant – and important – the people get together to tip their collective hats to books and the incredible things they give us.

Gina has written three books: Forget Me Never, Pretty Twisted, and Saving Silence. To find out more about Gina's work, visit http://ginablaxill.wordpress.com/about/ or follow her on twitter @GinaBlaxill 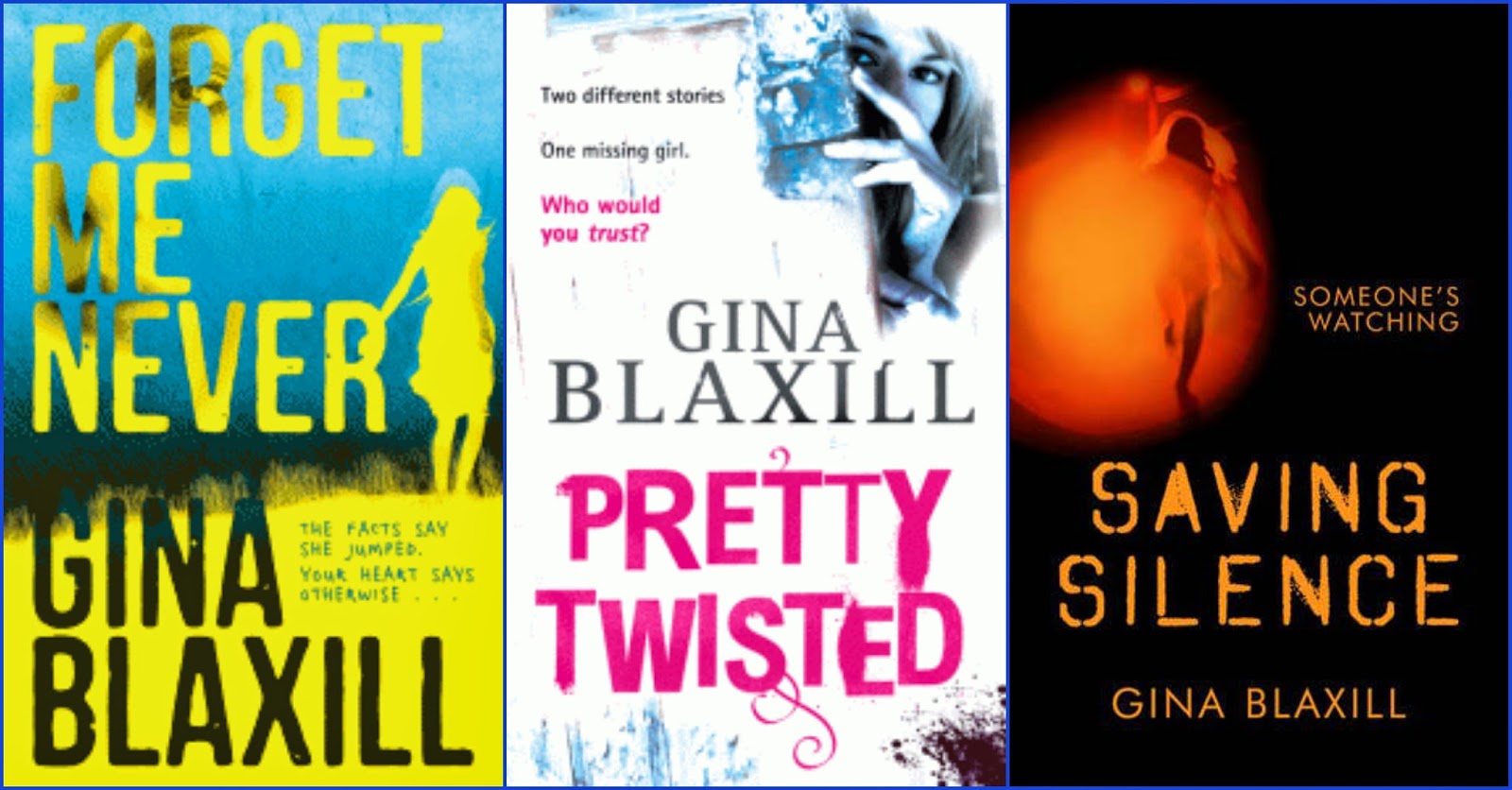 As part of the Finchley Literary Festival, Gina Blaxill will be appearing at Waterstones Finchley, N12 8JY, Tuesday May 27th from 2.00pm onwards along with Miriam Halahmy and Lil Chase, to speak about Young Adult fiction and writing.

Posted by Greenacre Writers at 02:38