A Feast for Readers and Writers

Not only does the Finchley Literary Festival support Barnet Libraries but it's very important to us that we also support local writers. To close this year's festival we have a very interesting event for readers and writers. Some writers from the North London Writers group - Lily Dunn, Tasha Kavanagh, Evie Miller, Zoe Gilbert - , as well as Irenosen Okojie and local poet, Dennis Evans, will be joining us to celebrate the wealth of talent in North London. The event takes place Sunday 24th May 3-5pm, afternoon tea time, and where better than Cafe Buzz in North Finchley, for a feast of not only fabulous readers but also delicious cakes and drinks. See more details here.

Baileys Women's Prize for Fiction nominee, Jemma Wayne, will also be joining us. Jemma graduated from Cambridge University. Working first as a reporter at The Jewish Chronicle and later as a columnist for The Jewish News, she is now a regularly featured blogger at The Huffington Post and continues to contribute to various publications including The Evening Standard, The Independent on Sunday, Standard Issue and The Jewish Quarterly, amongst others.

Jemma’s first full-length work, Bare Necessities – a tongue-in-cheek guide to being a grownup – was published by Piatkus Books in 2004. Her play, Negative Space, ran at The New End Theatre, Hampstead, in September 2009 to critical acclaim. And her short stories have appeared in a variety of publications including Ether Books, 33 West by Limehouse Books, and Kerouac’s Dog Magazine.

Jemma’s first novel, After Before, was published by Legend Press in 2014. It was long-listed for the Guardian’s 2014 Not the Booker Prize and for the 2015 Bailey’s Women’s Prize for Fiction.

Find out more about Jemma here: www.jemmawayne.com
Posted by Rosie Longstocking at 14:30 0 comments 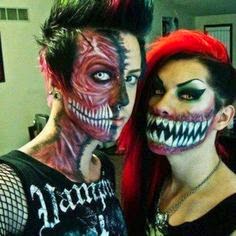 An exciting event with author Mike Carey that features zombies in Finchley! Dramatization of scenes from Mike Carey's spectacular book The Girl With all the Gifts.

The second half of this event sees J.P.O'Malley join us to interview Mike.

No charge but we would appreciate donations to help keep the zombies under control. More details here.

Posted by Rosie Longstocking at 00:32 0 comments

Email ThisBlogThis!Share to TwitterShare to FacebookShare to Pinterest
Labels: dramatization, finchley literary festival, girl with all the gifts, interview, zombies

Calling all competition enthusiasts - Barnet Libraries are becoming hubs of creativity (we think we may have influenced them a little) and they're hoping Greenacre peeps and other writing enthusiasts will enter the short story comp. Details below:

Terms and Conditions
 This competition is organised by Barnet Libraries to complement our Cityread programme 2015 which features Ben Aaronovitch’s Rivers of London, so our competition is on the theme of “Mysterious Metropolis”, and your story should have a London setting.
 Stories must be no more than 2000 words.
 The competition is open to writers aged 16 or over.
 No entries can be received from Barnet Libraries staff or their relatives.  Entries must be an original piece of fiction and not an account of real events.
 Entries should be received between 16 March and 1st May.
 Entries should be emailed to libraryevents@barnet.gov.uk or posted to

 Entrants must provide their name, address, email and/or phone number and age.
 Prizes will be awarded approx. 28 days after the closing date, and winners will be notified.
 The judge’s decision is final and no correspondence will be entered into.
 Winner’s names will be featured on our social media @BarnetLibraries on twitter and Barnet Libraries on Facebook and our website.
 All winning entries will be published on our Ebook platform and on our facebook page.
 Entries cannot be returned so please remember to retain a copy. Unsuccessful entrants will not be contacted in respect of their entry and no feedback on any entry will be provided.
 Entries must not contain defamatory, obscene, offensive, or any other unsuitable material.
Posted by Rosie Longstocking at 00:19 0 comments