A Conversation With Simon Booker 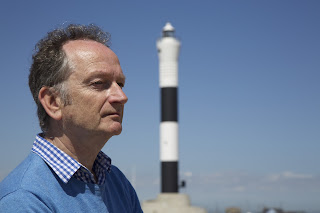 Acclaimed author and screenwriter Simon Booker writes prime time TV drama for the BBC, ITV and US TV. Simon’s TV credits include BBC1’s Inspector Lynley Mysteries, Holby City and The Mrs Bradley Mysteries starring Diana Rigg and Neil Dudgeon, ITV thrillers The Stepfather and The Blind Date, and Perfect Strangers, the CBS romantic comedy starring Rob Lowe and Anna Friel. He has written many plays for BBC Radio 4, worked extensively as a producer in television and radio and as a journalist.

Without Trace (2016) is his debut novel, the first in a series of psychological thrillers featuring Morgan Vine, a single mother and investigative journalist obsessed with miscarriages of justice.

Kill Me Twice (August 2017) is the second in the series. Both books are published by Bonnier Zaffre. 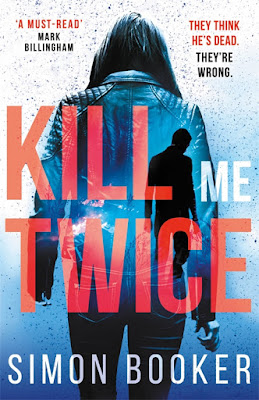 He must be. His ex, Anjelica, is in prison for murdering him in an arson attack. Multiple forensic experts testified to finding his charred remains.

So when Anjelica begs investigative journalist Morgan Vine to prove her innocence, it seems an impossible task. It doesn't matter that Karl was abusive. That Anjelica has a baby to care for. That she's petrified of fire.

Then he turns up outside Morgan's window . . .

‘Simon Booker’s fast-paced twisting thrillers are a must-read for anyone who loves a good page turner’ – Simon Kernick.

Absolutely delighted to welcome Simon to Greenacre Writers and wish him well with the second novel.

I started writing at school – plays etc. At 15, while still at school, I managed to blag my way into writing feature articles for The Observer. Later on, I continued to write while working as a producer in radio and TV, selling my first ‘spec’ radio play to Radio 4. This led to a TV commission, which, in turn, led to my writing prime time drama for the BBC and ITV – everything from shows like The Inspector Lynley Mysteries to Holby City and Working Title rom-coms starring Rob Lowe and Anna Friel. My first crime novel WITHOUT TRACE was published in 2016, my second – KILL ME TWICE – followed in 2017. I’m currently writing an audio drama for Audible Originals, a rom-com novel, and developing a drama-documentary for the BBC.

I hope I write stuff that people find entertaining. As someone lucky enough to write full-time and work from home, I love never having to set an alarm clock (and being able to have a siesta after lunch…) But don’t get me wrong, I work hard – office hours, mainly – and, as someone said, ‘writing is like having homework every day of your life’.

Karl Savage, the villain in KILL ME TWICE is a nasty piece of work and while I don’t exactly empathise with him, I hope I’ve painted a picture of his early life that will help readers to understand why turned out to be such a sociopathic bastard.

I’ve always tried to portray the world of the book or TV show as would be reflected in real-life, ie, a story set in London would be populated by a multicultural cast of characters.

I’m lucky enough to live and write in a place I love – Stoke Newington – and that’ll do nicely!

Olive Kitteridge by Elizabeth Strout is a treat; and I loved Breakfast At Tiffany’s.

Finish a piece of work. Don’t constantly revise – perfectionism is the enemy of progress. Write 500 words a day, or even 300 – do it every day and you’ll have a book this time next year. We make time for what matters to us. No excuses - Just Do It!

What are you currently working on? What can we look forward to reading

Look out for the Audible Original of my new thriller, ANIMAL INSTINCT – coming soon!

I read Sherlock Holmes when I was a kid, and loved following Conan Doyle’s clever plots. Maybe that’s why I’ve written so many murder mysteries for TV, and now books.


Thank you to Simon for copies of both books.