A Conversation with Sanjida Kay 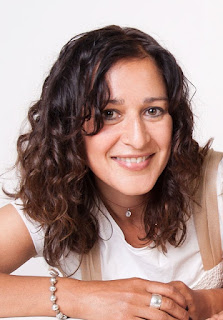 Sanjida Kay is a writer and TV presenter. She has had eight books published and written under her own name of Sanjida O’Connell. Her first four novels are Theory of Mind, Angel Bird (published by Black Swan), The Naked Name of Love and Sugar Island (published by Random House). Sanjida has been shortlisted for the Betty Trask Award for Romantic Fiction, the Asian Literary Award, the Daily Telegraph Young Science Writer’s Award, BBC Magazine’s Poetry competition and Asian Woman of the Year.

Sanjida presents wildlife programmes and used to direct science documentaries for the BBC, including BBC2s flagship science strand, Horizon. She trained as a zoologist and studied chimpanzees for her PhD.

Like many authors, Sanjida like’s to research her novels and particularly the locations where they are set. This has meant she’s had some escapades. Like the time when she was writing The Naked Name of Love and lived in a converted potato shed near Cork; whilst out running she got lost! This was nothing though compared to turning up in Outer Mongolia with no luggage (it had gone to Russia!).

Her latest book is Bone by Bone, under the thriller-writing name of Sanjida Kay is published by Corvus Books.

Laura is making a fresh start. Newly divorced and relocated to Bristol, she is carving a new life for herself and her nine-year-old daughter, Autumn. But things aren't going as well as she hoped. Autumn’s sweet nature and artistic bent are making her a target for bullies.

When Autumn fails to return home from school one day Laura goes looking for her and happens upon a crowd of older children taunting her little girl. In the heat of the moment, Laura is overcome with rage and makes one terrible mistake. A mistake that will have devastating consequences for her and her daughter.

Selected by Jake Kerridge, Sunday Express, as a Thriller you won’t want to miss in 2016. We’d like to thank Sanjida for her conversation with Greenacre Writers and wish her every success with her debut thriller. 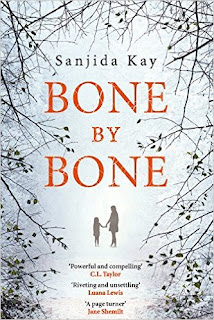 When I was five years old I decided I wanted to be a writer and a zoologist! I had my first poem published when I was 11 and my first novel, Theory of Mind, came out when I was in my early twenties, just after I finished my PhD in zoology. Those achievements were a lot harder than I’ve made it sound since a) I had to pass ‘A’ Level chemistry, b) learn how to spell, and c) write books without any training other than ‘O’ Level English. I went on to publish four novels and four works of non-fiction. My last two novels, The Naked Name of Love, and Sugar Island, were literary and historical. And my spelling improved.
Then I had a baby and a re-think. Having a break from writing allowed me to reassess my craft and the way that the publishing industry had changed. I couldn’t travel much further than my local park, much less Outer Mongolia, and I didn’t have the time or energy to spend months researching the 1800s. So I changed my surname to Kay and wrote a thriller called, Bone by Bone, which is set in Bristol where I live.

What I love most about being a writer is getting inside someone else’s head and imagining the world the way they experience it. I relish trying to create the perfect description too - sense of place and how things look and smell is important to me as I hope to transport the reader to another space and time. Now that I’m writing thrillers, I’m conscious of how I’d like the reader to feel. I’m interested in issues - race, the environment and the natural world - but although there’s normally a theme going on in my work, I don’t want the message to leap up and hit you on the head.

In Bone by Bone, I wouldn’t want any of the characters as a friend. I empathise with all of them though, including the boy who bullies my protagonist, nine-year-old Autumn Wild. I like my main character, Laura, who’s Autumn’s mother, but she’s lonely, vulnerable, isolated and lacks confidence. I think we’ve all felt like that from time to time and it’s both sad and hard to see someone who is struggling with life because they’re unconfident.

4. Last year, GW organised #diverseauthorday: do you think literature accurately reflects the diversity of culture we have today?

It’s great that Greenacre Writers and writers like Nikesh Shukla @nikeshukla, support diversity in literature. I think it’s lacking. I’m mixed race and I rarely see my experience portrayed in the books I’m reading. In psychological thrillers, which are very middle-class, the majority of authors and characters within them are white. I include racial diversity and prejudice in my novels as standard - rather than writing stories that are solely about race.

I wish I was somewhere hot right now, with glorious, white sandy beaches! I think Ireland would suit me much better though. I’m half Irish and I love the wild, windswept landscape and the tall tales of faeries and giants, not to mention the culture of spinning yarns in the pub! It would be the perfect place to write another dark thriller.

I wish I’d written Gone Girl, by Gillian Flynn. Obviously, I dream about being a rich and famous author, but the plot is incredible, the characters Machiavellian and the prose is pitch-perfect for this kind of thriller. Flynn’s previous novel, Sharp Objects, doesn’t have such a rollercoaster plot, but it’s much edgier with a searing twist; perfect Southern gothic-noir.

Writing is like any skill, you need to practise. No one believes you can be a virtuoso pianist without putting in the hours, and writing is no different. If you can, aim to write every day, even if it’s only for half an hour. Read widely and all the time and find people you trust to give you constructive feedback.

I’m writing a second psychological thriller for Corvus Books. It’s provisionally called, ‘The Stolen Child.’ It’s about a couple, Zoe and Ollie, who are desperate to have a child. They adopt a little girl called Evie. When Evie turns seven, she gets a letter from a man claiming to be her father. And now he says he wants her back.
It’s set in West Yorkshire, on Ilkley moor. I spent a large portion of my childhood living on either side of this moor, wandering across the heath and dreaming of the Brontës, so there’s a Wuthering Heights, theme too.

Psychological thriller, Bone by Bone, by Sanjida Kay, published by Corvus Books. Out 3.3.2016.
Posted by Greenacre Writers at 12:37