A Conversation With Dreda Say Mitchell 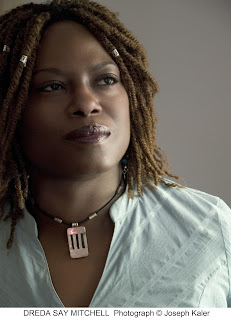 Dreda Say Mitchell was born and bred in the East End of London, Mitchell has seen it all from the inside. After a string of jobs as a waitress, chambermaid and catering assistant she realised her dream of becoming a teacher. During this time she saw a new generation of East Enders grappling with the same problems she had but in an even more violent and unforgiving world. She has worked as an education consultant and a teacher in both primary and secondary schools. She has a degree in African history from the School of Oriental and African Studies, University of London and a MA in Education Studies. Her first novel, Running Hot, was published in 2004 by the Maia Press and won the Crime Writers’ Association’s John Creasey Memorial Dagger Award for best first novel. Dreda's books are inspired by the gritty, tough and criminal world she grew up in. She still lives in London's East End. In 2016, she became a Reading Ambassador for the Reading Agency to promote literacy and libraries. She is also the author of the Quick Reads, One False Move.

She loves to travel, with her hot feet taking her as far a field as Cambodia and Laos to the Lebanon and Ethiopia. She especially loves to relax in Grenada where her family are from. She continues to live in east London with her partner, Tony.

The second novel in The Flesh and Blood Trilogy, from the iconic author of London’s East End, following one family over forty years on an East London estate. Blood Mother goes back to the 70s to tell the next story. 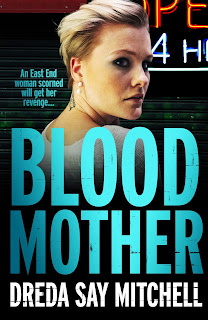 1970s London has stopped swinging, but it's not staying still. Babs thought she had all the world ahead of her. Then she got pregnant and the father did a runner. Salvation comes in the form of a man who'll look after her. Or so she thinks. But Stan Miller is the devil in disguise...and over the next twenty years, Babs will have reason to regret she ever met him. Can she protect her family - or will he get the better of her? Blood Mother is the second thrilling book in the Flesh and Blood series, capturing a world very different from today but where some things still hold true: be careful what you wish for, and watch out for who you trust...

We'd like to thank Dreda for taking part in A Conversation With...it's really interesting hearing how she became a writer and why she writes about 'her people'. We look forward to hearing more about her adventures as Reading Ambassador for the Reading Agency, her experiences of writing about about diverse characters and, we wish Dreda much success in the future.

I loved reading and hearing stories when I was a kid, but I wasn’t one of those writers who dreamed of being a writer as a child. I decided to write in response to the world around me and at the time I wanted to use the written word to try and figure out how I ended up at university and a teacher while many of the young men I grew up with had ended up in prison…and so the CWA John Creasey Dagger award-winner, Running Hot was born. I kickstarted my writing career by going on a creative writing course three years on I’d completed my debut novel. What a feeling!

I’m a storyteller. I write about things that matter to me. That’s one of the things that makes writing so brill is that you can use it as a way to try to figure out the world your living in. As a way to highlight to the world the issues that matter to you. So, for example, Geezer Girls takes the reader smack bang into the horror that can be the care system, my latest Blood Mother drags us back to the 1970s when people had high hopes of the promise of living on freshly built housing estates, but women’s lives were still very limited. As well as making the story as entertaining as possible I adored writing about what I call, ‘my people’, the characters. It’s the people populated on the page that make a novel standout.

Well. being black, a woman, growing up an East Ender having a range of characters is very important to me. I often write about London and, as far as I’m concerned, you can’t write about our great capital city if you don’t truly reflect the different type of people who live there. I could go on and on and on about this…

Just finishing off the final book in my Flesh and Blood Trilogy, Blood Daughter. The Flesh and Blood series is tells the story of three generations of women from one family over forty years. It hits the shelves in August. Can’t wait….

I read so many books when I was young that it would be so hard to choose, but my mum would send me and my siblings off to Whitechapel Library. I will never forget the day I stumbled across the crime novels of African American writer Chester Himes and was transported back to an age when Harlem was hip, cool and, of course, dangerous. The standout leads are two cops called Coffin Ed and Grave Digger Jones. Dedicated to their jobs but as their nicknames suggest they have their own ways and style about getting to the truth.

Posted by Greenacre Writers at 14:06