A Conversation with M Jonathan Lee 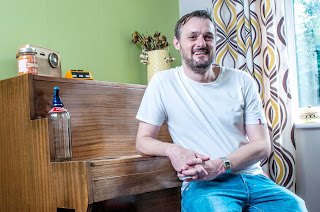 Jonathan Lee was born in a small mining town in northern England in 1974. His first novel The Radio was shortlisted for the Novel Prize 2012. This was followed by The Page (2015). Also in 2015 A Tiny Feeling of Fear was published.


Family curses don’t exist. Sure, some families seem to suffer more pain than others, but a curse? An actual curse? I don’t think so.

A family tragedy was the catalyst for Ian Perkins to return to the isolated cottage with his wife and young son. But now they are back, it seems yet more grief might befall the family.

There is still time to act, but that means Ian must face the uncomfortable truth about his past. And in doing so, he must uncover the truth behind the supposed family curse. 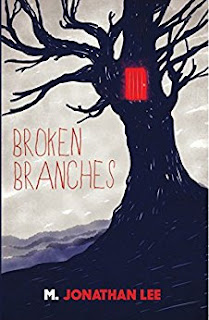 Broken Branches is a tale of family tragedy resulting in immense pain and suffering and Ian’s mental decline is very realistically expressed. His character elicits a great deal of empathy as he struggles to understand the curse that he believes has blighted his family for generations.

Review of Broken Branches can be read via Carol Sampson.

We thank Jonathan for participating in our conversation and wish him every success for the future.

I began writing properly back in 2009. When I say properly, that was the time I decided that I was going to sit down and actually try and write that novel that I had been saying I would write for the previous twenty years. The suicide of my brother was the trigger. My first novel, The Radio was shortlisted in the Novel Prize 2012 which was a national prize for unpublished authors. It was published in 2013 and since then I’ve had two more novels published, The Page and A Tiny Feeling of Fear. My new novel, Broken Branches is my fourth.

I struggle with the terms such as writer, author, novelist. I have always seen myself as a storyteller. I like to write books that tell a story, but I also like to trick the reader. What do I like most? Definitely being able to have the licence to create my own scenarios, worlds even. I like to be able to immerse myself fully in those worlds as a form of escape.


Yes, absolutely. Michael Sewell, the main protagonist in The Page, was written purposefully with the intent of creating a hateful lead character to see whether people would bother to read a story about a man who was awful in every way. There were reasons that he was that way, though.

I find character writing very easy. I have a very broad brush approach to how the character will be. You know, like strong or weak. Overbearing etc. From there on I mould them to fit the story using little exaggerated pieces of personality of people I have met or overheard.

Bobby Brewster sticks in my mind. These were short stories about a boy who magical things happened to. For example, in one story the characters on Bobby’s wallpaper came to life and began speaking. In another, a scratched record he played began to talk to him. I read all of the books and loved them.


Take me to the rolling fields of Nebraska in a cabin, surrounded by nothing whatsoever. Isolation. Solitude. Both work perfectly for me as they help my ideas to spill out. Oh, I’d need some speakers so I can turn the music up loud.

Stephen King’s Misery sticks in my mind as the one. Though Life of Pi is very very close behind.

What advice do you have for would be novelists/writers?
There is a lot of advice I could give. Bits and pieces that I’ve picked up that could really help. I suppose the main one would be write what you feel. When you sit down to write don’t feel you have to write your novel in chronological order. If the scene you wrote previously was a sad scene and you don’t feel sad today then don’t continue it. Write a different part of the book. Then piece it all together at the end. I leave lots of manuscripts with chapters pending to write as I go through.

I have just about finished ‘How was I supposed to know how it would be?’ which is a story about a man who considers faking his own disappearance to get away from the stresses of bringing up a young family. He yearns for the peaceful life of his elderly neighbour who seems to watch him from across the street daily. The only problem is that he doesn’t actually know what his neighbour’s life consists of, and what goes on behind closed doors.

Posted by Greenacre Writers at 07:54