A Conversation With Imogen Hermes Gowar

Imogen Hermes Gowar studied Archaeology, Anthropology and Art History at UEA’s Sainsbury Centre for Visual Arts before going on to work in museums. She began to write small pieces of fiction inspired by the artefacts she worked with and around, and in 2013 won the Malcolm Bradbury Memorial Scholarship to study for an MA in Creative Writing at UEA.

She won the Curtis Brown Prize for her dissertation, which grew into a novel titled The Mermaid and Mrs Hancock. An early draft was a finalist in the MsLexia First Novel Competition 2015, and it was also one of three entries shortlisted for the inaugural Deborah Rogers Foundation Writers’ Award.

Imogen lives, works, and walks around south-east London – an area whose history she takes a keen interest in – and her first novel, The Mermaid & Mrs Hancock, will be published 25th January, 2018. You can read an extract here. 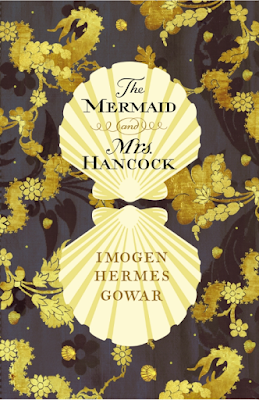 One September evening in 1785, the merchant Jonah Hancock hears urgent knocking on his front door. One of his captains is waiting eagerly on the step. He has sold Jonah’s ship for what appears to be a mermaid.

As gossip spreads through the docks, coffee shops, parlours and brothels, everyone wants to see Mr Hancock’s marvel. Its arrival spins him out of his ordinary existence and through the doors of high society. At an opulent party, he makes the acquaintance of Angelica Neal, the most desirable woman he has ever laid eyes on… and a courtesan of great accomplishment. This meeting will steer both their lives onto a dangerous new course, on which they will learn that priceless things come at the greatest cost.

Where will their ambitions lead? And will they be able to escape the destructive power mermaids are said to possess?

[A] beautifully written debut. By turns bawdy, witty and moving, this is a glorious romp through Georgian London. - The Bookseller

In this spell-binding story of curiosity and obsession, Imogen Hermes Gowar has created an unforgettable jewel of a novel, filled to the brim with intelligence, heart and wit. 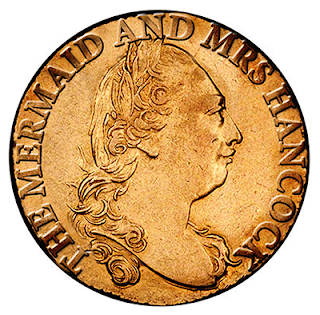 Absolutely delighted to welcome debut novelist Imogen to Greenacre Writers and wish her well with the novel which is already causing a storm months before it is published.

Tell us of your journey as a writer.

It’s a cliche, but, I’ve always written. When I was eight or nine I got wise to the fact that publishers put their address in the front of their books, so I secretly sent Walker Books a story I had written. I got a lovely personal rejection letter describing my work as ‘very sweet’, which disgruntled me greatly.

I was aware quite young that writing wasn’t a ‘job’, and put it on the back burner until my mid-twenties, when I signed up for a creative writing evening class. I’d graduated into the credit crunch in 2009 - I was really lucky to get waged work in the museum sector, but it was a slog. Allowing myself to take writing seriously was really a form of self-care: I desperately needed intellectual stimulation and a sense of accomplishment, which I wasn’t getting at work. My tutor, Katy Darby, encouraged me to apply to the Prose Creative Writing MA at UEA, and with her reference I won a scholarship to go in 2013. I started writing The Mermaid and Mrs Hancock for my dissertation there, and something about it felt so different from the other novels I’d struggled with. It wasn’t all plain sailing - I sometimes found it a huge struggle to keep writing, and there were a lot of rejections - but eventually the manuscript was a finalist for both the MsLexia First Novel Award and the Deborah Rogers Award. I got my agent around May 2016, and the novel sold to Harvill Secker soon after that.

I think it’s a lot about being observant and sensitive. Reading, watching, listening, before parsing what you’ve gleaned into your own words. My favourite part is the sense of other worlds opening up around me, whether in the research or the writing stage.

Absolutely - this is one of the primary reasons I write. Creating characters and making them move convincingly through their world is always an exercise in empathy (at least in my own practice): the more flawed they are the better, for me. There is one character in The Mermaid and Mrs Hancock who is almost objectively dislikeable, but the longer I wrote her the more respect and affection I had for her, and when I finished the book she was the character I found it hardest to let go of.

I think it’s important to acknowledge that eighteenth century London was not entirely populated by straight white men, and in my writing I want to place value on all sorts of people’s lives. On the other hand, there are stories I don’t think I have a right to tell. There are many people better equipped than I to give voice to a great host of experiences: I stick to what feels right to me.

A very remote and well-insulated cottage in North Yorkshire, somewhere like Malham, with no space for anybody to visit me. I’d have a woodburning stove and a big desk, and write while the wind screeched outside. I spent my childhood on a North Yorkshire hillside, and my heart is still there.

The Giant O’Brien by Hilary Mantel. I’m sure everyone names Mantel, but I admire this novel particularly because it is so brief, so pungent, so moving.

Only to keep going. Even if you only get to write for an hour a week. Even if it looks like a dead loss. Give yourself permission to be a writer, and when you get knocked down, get back up.

My next novel is set in a completely different era from The Mermaid and Mrs Hancock, but I think it twins with it in some odd ways. I’ll let my readers be the judge of that though!

Asterix! I was very interested in history and desperate for anything that made it alive and textured and funny.


The Mermaid and Mrs Hancock is published by Harvill Secker.

Posted by Greenacre Writers at 09:32