A Conversation with Andrew Wilson 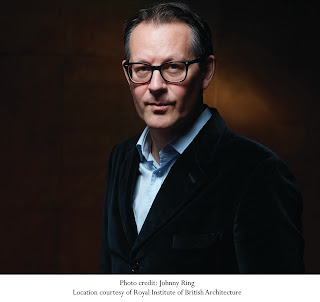 Andrew Wilson is the highly acclaimed author of biographies of Patricia Highsmith, Sylvia Plath and Alexander McQueen. His first novel, The Lying Tongue, was published in 2007. His journalism has appeared in the Guardian, the Daily Telegraph, the Observer, the Sunday Times, the Daily Mail and the Washington Post.

His latest novel A Talent for Murder, is inspired by the mystery of the Agatha Christie disappearance.

‘I wouldn't scream if I were you. Unless you want the whole world to learn about your husband and his mistress.’ 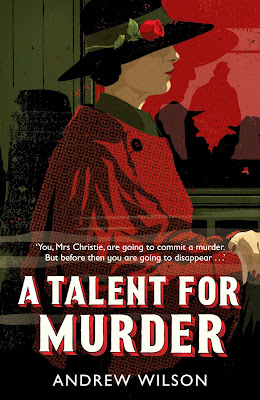 Agatha Christie, in London to visit her literary agent, boards a train, preoccupied and flustered in the knowledge that her husband Archie is having an affair. She feels a light touch on her back, causing her to lose her balance, then a sense of someone pulling her to safety from the rush of the incoming train.

Wilson not only knows his subject but he deftly moves the tale away from mere literary ventriloquism and into darker territory. Great fun, too. Observer

So begins a terrifying sequence of events. Her rescuer is no guardian angel; rather, he is a blackmailer of the most insidious, manipulative kind. Agatha must use every ounce of her cleverness and resourcefulness to thwart an adversary determined to exploit her genius for murder to kill on his behalf...

It's an absolute pleasure to welcome Andrew for a conversation and wish him much success with his new novel.

I always wanted to be a writer, ever since I was a child. I studied English at King’s College, London and then did a year-long journalism course at City, after which I worked as a features writer for most of the UK nationals. When I was in my late 20s I wanted to write something more substantial than a 2,000 word interview and, at the same time, I had been reading the novels of Patricia Highsmith. I wondered whether there had been a biography of the famously private author and when I realised there wasn’t, I thought about writing one myself.  I was lucky that the first agent I went to with the idea took me on.

After the publication of Beautiful Shadow, the first biography of Highsmith, I wrote a novel, a literary thriller called The Lying Tongue, as well as a number of works of non-fiction, including biographies of Sylvia Plath, Harold Robbins, and Alexander McQueen, as well as a book about the survivors of the Titanic. I’ve always been driven by my curiosity, writing about subjects that interest me.

Then, a few years ago, I had this idea about Agatha Christie as detective. I’d always been a Christie fan - she inspired my first piece of extended fiction, The German Mystery, which I wrote when I was 12 (luckily it remains unpublished!). I was fascinated by the writer’s real-life disappearance in December 1926, when her abandoned car was found in Surrey and she went missing for 11 days, before she was discovered at a hotel in Harrogate. She rarely talked about the mysterious disappearance and there have been various theories about her motivation over the years. I used the facts of what really happened - taken from witness statements, police reports and newspapers - and into the gap of what we didn’t know I injected a crime story. What if someone was trying to blackmail her? What if someone wanted her to commit a murder on their behalf? And so the seed of the novel A Talent For Murder was born.

It depends what I am working on. If I am writing a biography then it’s my job to tell the story of a person’s life with respect and a certain amount of empathy. My subjects have all been ‘difficult’ people, but I wanted to try to get under the surface of their tricky personalities to see what shaped their life decisions.

If I’m working on a novel the prime consideration is writing a compelling and gripping story that will keep a reader turning the pages.

Have you ever created or written about a character who you dislike but find yourself empathising with?

I suppose in terms of my non-fiction, it has to be Patricia Highsmith.  She found many social situations very difficult, and often seemed full of hate and bile, but she was incredibly vulnerable and sensitive too. The challenge was to write a book in which all the different - and contradictory - aspects of her personality were reflected.

I approach each book with a fresh eye, as if it were my first book. The challenge in writing about Agatha Christie was to try and get her tone of voice right. Of course, she is a character, but I write about her in the first person. So I wanted to capture the particular way in which she saw the world. Luckily, I had always read her novels - she was my first introduction into the world of ‘adult’ literature. I also listened to lots of audio books, so that the flow and structure of her sentences seeped into my unconscious.

Any house by the sea — I always find the changing nature of the ocean good for writing. Luckily, I live about a 20 minute walk from the sea in Devon, so I try to get down there as often as I can.

It has to be Bleak House by Dickens - a crime story, a love story, a story of identity, a story of society. Epic in its sweep, but gripping from page one, right until the very end.

The second in my series of novels featuring Agatha Christie is out in May in the UK next year - March in the US. It’s called A Different Kind of Evil and is set in Tenerife. Here’s a bit more information about the book.

In January 1927 – and still recovering from the harrowing circumstances surrounding her disappearance a month earlier – Agatha Christie sets sail on an ocean liner bound for the Canary Islands.

She has been sent there by the British Secret Intelligence Service to investigate the death of one of its agents, whose partly mummified body has been found in a cave.

Early one morning, on the passage to Tenerife, Agatha witnesses a woman throw herself from the ship into the sea. At first, nobody connects the murder of the young man on Tenerife with the suicide of a mentally unstable heiress. Yet, soon after she checks into the glamorous Taoro Hotel situated in the lush Orotava Valley, Agatha uncovers a series of dark secrets.

The famous writer has to use her novelist’s talent for plotting to outwit an enemy who possesses a very different kind of evil.

I think it has to be Miss Marple. I loved the fact that she is kind and gentle, like my grandmothers, but also that she is incredibly observant, nosy and has this core of steel.


A Talent For Murder is published by Simon & Schuster

Posted by Greenacre Writers at 09:38