A Conversation With Paul E. Hardisty 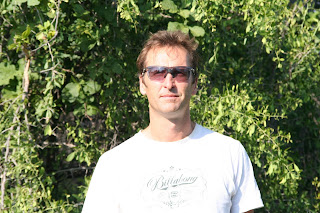 Canadian Paul E Hardisty has spent 25 years working all over the world as an engineer, hydrologist and environmental scientist. He has roughnecked on oil rigs in Texas, explored for gold in the Arctic, mapped geology in Eastern Turkey (where he was befriended by PKK rebels), and rehabilitated water wells in the wilds of Africa. He was in Ethiopia in 1991 as the Mengistu regime fell, and was bumped from one of the last flights out of Addis Ababa by bureaucrats and their families fleeing the rebels. In 1993 he survived a bomb blast in a café in Sana’a. Paul is a university professor, visiting professor at Imperial College, London, and Director of Australia’s national land, water, ecosystems and climate adaptation research programmes. His debut thriller was shortlisted for the CWA New Blood Dagger and Telegraph thriller of the year. He lives in Western Australia.

‘A solid, meaty thriller – Hardisty is a fine writer and Straker is a great lead character’ - Lee Child 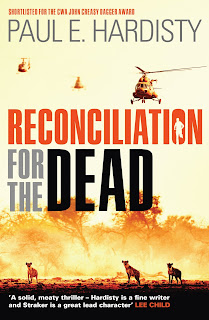 Fresh from events in Yemen and Cyprus, vigilante justice-seeker Claymore Straker returns to South Africa, seeking absolution for the sins of his past. Over four days, he testifies to Desmond Tutu’s newly established Truth and Reconciliation Commission, recounting the shattering events that led to his dishonourable discharge and exile, fifteen years earlier. It was 1980. The height of the Cold War. Clay is a young paratrooper in the South African Army, fighting in Angola against the Communist insurgency that threatens to topple the White Apartheid regime. On a patrol deep inside Angola, Clay, and his best friend, Eben Barstow, find themselves enmeshed in a tangled conspiracy that threatens everything they have been taught to believe about war. Witness and unwitting accomplice to an act of shocking brutality, Clay changes allegiance, which sets him on a journey into the dark, twisted heart of institutionalised hatred, from which no one will emerge unscathed. Exploring true events from one of the most hateful chapters in South African history, Reconciliation for the Dead is a shocking, explosive and gripping thriller from one finest writers in contemporary crime fiction.

We'd like to thank Paul for taking part in A Conversation With... and wish him much success with his new novel and future writing.

I knew I wanted to be a writer very early on, but at 20 I had made up my mind. That year I took some time, and started. I tried hard. But it was a disaster. I hadn’t lived – I had nothing to write about. So, I decided to get out there and live, do something I cared about, and hopefully what I knew would someday come together with my ability to write it. I kept journals, and started to write journal papers, magazine and newspaper articles, and then a couple of textbooks, all connected with my profession (environmental science and engineering). It wasn’t until 2006 that it started coming together. I found an agent (Broo Doherty at DHH), and then, finally a publisher. My first novel, The Abrupt Physics of Dying was published by Orenda Books in 2015, and was shortlisted for the CW Creasy New Blood Dagger award. My latest novel, Reconciliation for the Dead, has just been released, and early reviews have been good.

Writing is deadly serious business. The power of words to shape thought and touch people is boundless. We live in perilous times, and we need writers who are willing to take on the big, tough issues. To me, none is more urgent or pressing than the need to protect the planet that feeds and nurtures us all. In my own small way, that’s what I am trying to do.

There is no real person with whom one cannot, if one is honest, empathise with to some degree. Writing should be about getting closer to the truth, and in my experience, fiction, done well, can get to the truth more cleanly and more accurately than any other medium.

So many of the forces at work in modern society, intentional and otherwise, seek to homogenise. They drive the creation and marketing of self-similar products, blur the differences between societies, and elicit predictable, bankable responses. It keeps the global economy chugging along. But people, under the learned veneer of conformity, cannot help but be individuals. Classify someone, anyone, at your peril. They will prove you wrong. Characters must mirror reality. As soon as you think you know someone, they must and will surprise you.

I can write pretty much anywhere. Good places are: in the bush near Margaret River, where I camp often on land we own; and the front veranda at my home in Perth, Western Australia, not far from the Indian Ocean. So no transport needed, thanks.

All The Pretty Horses, by Cormac McCarthy

Work hard, trust your voice, and try to be true to yourself.

I have just finished a literary novel based around a connected series of short stories. And I am currently working on the 4th Claymore Straker novel, (perhaps the last), The Debased and the Faithful. I hope both will be out next year.

Nick Adams, Hemingway’s fictitious self as a young man. Not really of childhood, but of my teens. His life just seemed so God damned romantic.


Reconciliation for the Dead is published by Orenda Books.