A Conversation with Radhika Swarup 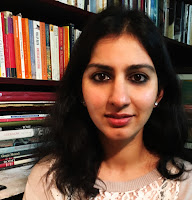 Radhika Swarup was born in India and spent her childhood in different locations around the world, including Italy, Romania and Qatar. Her nomadic background has provided her with an abundance of experiences to draw upon while writing.

After reading Economics at Cambridge University Radhika spent some years in investment banking until she realised that it was not a career that she enjoyed. Her lifelong interest in writing was renewed and she began writing more seriously.

Radhika has published articles for some of the Indian broadsheets and currently writes for the Huffington Post. Her short stories have appeared in magazines such as the Edinburgh Review.

Where the River Parts is Radhika’s first novel. As a third generation migrant from Pakistan she has personal knowledge of the complex backgrounds of both the Pakistani and Indian cultures. 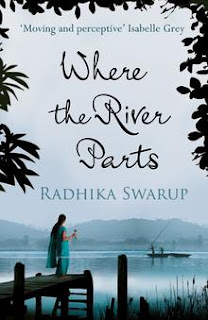 The novel tells the story of Asha and Firoze, two young lovers caught up in the Partition of Pakistan and India in 1947. Asha is Hindu and Firoze is Muslim. Their families were neighbours and friends, living side by side, until the Partition forces Asha and her family to flee to Delhi leaving her lover behind.

It is a moving story of the pain and suffering endured by those who had to escape from their homeland and make a new life in unfamiliar territory. It is a story of love and separation which still has impact some fifty years later, both for Asha and Firoze and for the following generations.

We thank Radhika for her wonderful answers and wish her every success with Where the River Parts.

I didn’t ‘train’ to be a writer.  I read Economics at Cambridge University, after which I began to work in Investment Banking.  Cue 16-20 hour work days looking at endless computer screens.  It seemed as if writing, or indeed reading for pleasure, was a thing of the past.

And then at a private equity conference in Frankfurt, I found myself surrounded by industry veterans crowing over the latest Financial Times article to call them vultures.  I realised I hated finance.  It was my 26th birthday, and a moment I remember with absolute clarity.

I began to write that very evening, and eventually gave up my job to devote myself to writing.  It has taken a few years to write Where the River Parts and get it to a place where I’m happy with it.  To be honest, my journey might have been easier had I enrolled at a creative writing course, as it would have forced me to write regularly, and would have given me valuable access to feedback, but these things are always clearer with hindsight.
How do you see your role as a writer and what do you like most about it?

A writer tells the truth.  That truth can take many forms – fantasy, irony, comedy or tragedy – and the truth itself can be contested, but to me the purpose of writing is to convey the world as it is or as it could be.

That’s a good question.  To a large extent I feel proprietorial towards my characters, and even when they behave in a way I wouldn’t personally condone, I find myself understanding how they have arrived at their choices.

All the characters in Where the River Parts are people of colour.  The vast majority of the book is set in India and Pakistan, but I feel the characters display traits – passion, anger, betrayal, loyalty, tyranny – that are common around the world.

I have also written about people from other cultural backgrounds in other works, and here too, the same traits assert themselves.

Rome.  I spent a large portion of my childhood in the city, and there is something about the sun, the light, the unhurried way of life, and about the Roman relationship with art and beauty that never fails to inspire me.

There’s not one book I wish I could have written.  Partly because I’m still relatively new to writing, and I can feel my writing develop with everything I write.  Partly because there are many books and many writers I admire greatly.  And partly because my writing – or rewriting – a book would no doubt end up changing it indelibly.

We’ve all heard this before.  Read and write, but it really is true.  The more you read, the more you learn to perfect your own writing.  And it is invaluable to get yourself a support group.  Join a course, a writer’s group, write with friends.  An online group, even.  Anything that allows you to read other people’s writing and to get feedback on your own.

I’m working on my next novel, which examines a woman’s response when the world she knows changes forever.  It’s in the early stages of planning, but I’m really looking forward to delving into her world.

Where the River Parts is published by Sandstone Press

Posted by Greenacre Writers at 08:05