A Conversation with Louise Beech 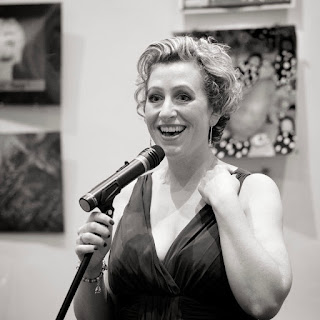 Louise Beech remembers sitting in her father's cross-legged lap while he tried to show her his guitar's chords. He's a musician. Her small fingers stumbled and gave up. She was three. His music sheets fascinated her - such strange language that translated into music. Her mother teaches languages, French and English, so her fluency with words fired Louise's interest. She knew from being small that she wanted to write, to create, to make magic.

She loves all forms of writing. Her short stories have won the Glass Woman Prize, the Eric Hoffer Award for Prose, and the Aesthetica Creative Works competition, as well as shortlisting twice for the Bridport Prize and being published in a variety of UK magazines. Her first play, Afloat, was performed at Hull Truck Theatre in 2012. She also wrote a ten-year newspaper column for the Hull Daily Mail about being a parent, garnering love/hate criticism. Her debut novel was a Guardian Readers' pick for 2015.

She is inspired by life, history, survival and love, and always has a story in her head. Her debut novel, How to be Brave, came from truth - when Louise's daughter got Type 1 Diabetes she helped her cope by sharing her grandad's real life sea survival story.

'This book tells the story of Rose and her mother, Natalie, who are trying to cope with Rose's newly diagnosed, and very serious, illness. With the help of a diary she discovers, Natalie begins to tell Rose the tale of a group of men battling to survive on the Atlantic ocean in a lifeboat with limited food and water. This is a moving and richly drawn novel, and fine storytelling in its purest form. With lilting, rhythmic prose that never falters, How to be Brave held me from its opening lines. I found myself as eager to return to the story of Colin, Ken and their companions on their boat in 1943 as Rose herself was! Louise Beech masterfully envelops us in two worlds separated by time yet linked by fierce family devotion, bravery and the triumph of human spirit. Wonderful' - Amanda Jennings, In Her Wake. 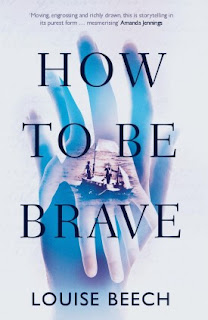 Her second novel, The Mountain in my Shoe, is released TODAY via Kindle and was inspired by her time working with children in the care system.

When she was fifteen Louise bet her mother ten pounds she'd be published by the time she was thirty. She missed this self-set deadline by two months. Her mother is still waiting for the money.

Oh wow, it has been long. Lifelong. Truly. But great, even with the lows. I’ve always written, ever since I could hold a pen. I told anyone at school who would listen that one day I was going to be a world famous novelist! I wrote little stories and full novels from being a child – I only wish I still had them. Being a very young single mum then occupied my time mostly. But when I was thirty I sent some articles I’d written on being a mum to a local newspaper editor, and he offered me my own weekly column, which I wrote for ten years. This gave me the confidence to start sending other work out. After my daughter was ill and I gave up my job to care for her, I had more time to write. To cope I wrote short story after short story, and they began winning prizes and being accepted by magazines. I took a brave leap and wrote my first full novel in 2008. It hooked me an agent, but not a deal. Book two didn’t get me one either. A third I never shared. Then I began How to be Brave in 2013 and knew (just knew) it was somehow going to be the one. My agent retired before she could send it out. I got rejection after rejection for the book. But I just carried on, and finally the wonderful Karen at Orenda Books said she loved it, and the rest, as they say, is book history.

I see the role simply as storyteller. Telling and sharing stories, ones that might entertain, make someone feel, escape life for a while. Perhaps even heal. I know that writing some of my novels has been a very healing experience, and I hope that extends to readers. I absolutely love meeting readers. I’ve made some wonderful friends on this writing journey. So aside from the joy of the actual writing (it is and has always been pure joy to me) I love meeting new people because of it.

Oh, this is a hard one. I’ve create characters I disliked and didn’t ‘get’ at all. Quite a few of them. But one I found myself empathising with? Hmmmm. I’d have to say a young mum in The Mountain in my Shoe. She’s let most of her childiren go into care and has made some huge mistakes, but I truly felt for her, and was hoping she’d be redeemed in the end. And you’ll have to wait and see if she is…..

In the novel that will hopefully be my third release - Maria in the Moon - there are a whole range of diverse characters since the novel is set in a flood crisis centre, where a young woman finds the courage to remember a forgotten tragedy from her childhood. The people who volunteer at this centre, and those who ring its helplines, probably represent just about every kind of person you’ll ever meet in life - rich, poor, old, young, happy, sad. It was a challenge but a joy to find their stories, their tragedies, their truth.

I’m still in love with New York. We went for a week last year (for the second time) and I’m so happy on its gaudy, busy, vibrant streets. I’d love a high-up apartment there so I could write with a glorious view, and then be able to escape to the streets and people-watch for inspiration.

One already out there? Probably The Book Thief. An all-time favourite. One of the few books where I literally forgot who I was and where I was while reading it.

Never give up. Read and write extensively. Never let the multiple rejections stop you if you absolutely believe in your work. Enjoy it. Love your writing, and enjoy doing it.

I’m currently editing my second novel, The Mountain in my Shoe, which was inspired by my time voluntering with children in the care system. Many of these kids have what is called a Lifebook, in which carers, social workers, and family members write up the young person’s childhood events so they have a history of it when they’ve left the care system. I always thought, wow, what an incredible way to tell a story. So a Lifebook is one of the narratives in The Mountain in my Shoe, alongside Bernadette who has just found the courage to leave an abusive husband, and ten-year-old Conor who is missing. I’m really excited. The book means a great deal to me.

It has to be Katy from the What Katy Did series. I even named my daughter after her. I so admired her bravery after a childhood accident. She inspired courage in me when facing difficulties in my own young years. And bravery has become quite a theme in many of my own novels.

You can follow Louise on Twitter: @LouiseWriter
Thanks to Orenda Books for the review copy of How to be Brave.

Posted by Greenacre Writers at 10:47

What a lovely interview. Thank you. I have How to be Brave on my book pile waiting to be read and am looking forward to it very much.
I loved Katy too and whenever I opened the book, it was like climbing inside another, beautiful world. If I was ever poorly, I always re-read the part where she was confined to bed.
Wishing you continued success with The Mountain in my Shoe, which sounds wonderful too. x