A Conversation with A. L. Bird 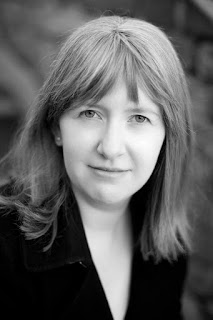 Amy Bird will be talking about her novel at the Finchley Literary Festival on 24th June 2016.

A.L. Bird lives in Finchley. She divides her time between writing and working as a lawyer.

The Good Mother, released in April 2016, is her major psychological thriller for Carina UK (HarperCollins), the fourth novel she’s written for the imprint. Her debut Yours is Mine reached the coveted No. 1 spot in the Amazon Women’s Crime chart.

She has an MA in Creative Writing from Birkbeck, University of London, and is also an alumna of the Faber Academy ‘Writing a Novel’ course, which she studied under Richard Skinner. Amy is a member of the Crime Writers’ Association

The Good Mother is an intense psychological thriller that maintains suspense throughout.

Susan wakes up in a strange room. The door is locked and she has no recollection of getting there. Her primary concern is for her fifteen year old daughter Cara. When she hears Cara in the next room she is overjoyed that, although they are being held captive, they are at least together. Susan and Cara work out a plan for escape but all is not as it seems as the story unravels - culminating in a superb and unpredictable ending.

We thank Amy for taking part in our conversation and wish her lots of success with The Good Mother.

I was that person at school or at university who was always writing something – a review, a play, a diary. Indeed when I was 13 I started my first novel! But then in adulthood it took me a long time to find the idea for a full-length novel. Finally, in 2009 - inspiration! And I settled down to write. But then there’s that whole piece about getting published… I was pretty frustrated, so I went on a creative writing course at Faber Academy and also did an MA in Creative Writing at Birkbeck. That’s where I met my publisher. And now we’re on the fourth book together! Since then, it’s been an interesting transition from exploring suspense and classic third person narrative to writing full-on ‘grip-lit’ thrillers like my most recent book, The Good Mother. It’s very close first-person style but still keeps the reader guessing about what’s actually going on. That’s how I most enjoy writing now.

To explore language, to feast on plot and narrative, and to be a sort of literary Pied Piper for readers – entertaining, thrilling, and drawing them on. When you are faced with sitting down to write your next book, your role is a private one between you and the page. It’s only as you edit and edit and edit that you are really honing the material, trying to see it from the reader’s perspective, and making sure they cannot see what you still want to hide – and that’s what will make them follow you until the last full stop. I love all of it or I wouldn’t do it.

Oh always. I hardly ever create 100% likeable characters. I would find them too boring, too one-dimensional. When you look at all the great characters of classic and contemporary literary, most of them are flawed, but we empathise with them. That’s the joy of the challenge for the writer.

Last October Greenacre Writers organised #diverseauthorday. What has been your experience writing about characters of colour?

Pretty limited.  To the extent I have a diversity angle, it’s more about having strong female characters, who subvert assigned tropes and behaviours.  Experiencing motherhood for the first time recently, I tell you, there is enough still to focus on in eliminating stereotypes about women in our society and workforce.

I once did a writing retreat on a hill-top villa in Italy. It was magical, with just the right shade to sun ratio. It really cleared the mind and there was nothing to distract from the writing – but if you looked up you had an amazing view.

Just sit down and write. That’s the only way to get out that book inside you. Even now I have to remind myself of that. And don’t do it for money or fame or adulation – do it because you love it. That’s what will endure. Oh, and always write like you have a secret you’re not going to share until the very last moment.

It’s another dark twisty thriller with family secrets at the heart of it. Every time I write a new book my husband thinks I’ve gone as dark as I can; then he reads the synopsis for the next one!

The Good Mother is published by Carina UK (Harper Collins)

Posted by Greenacre Writers at 12:55

Sounds like a must read! Congratulations to AL. and thank you for such an interesting interview. Wishing you much success.